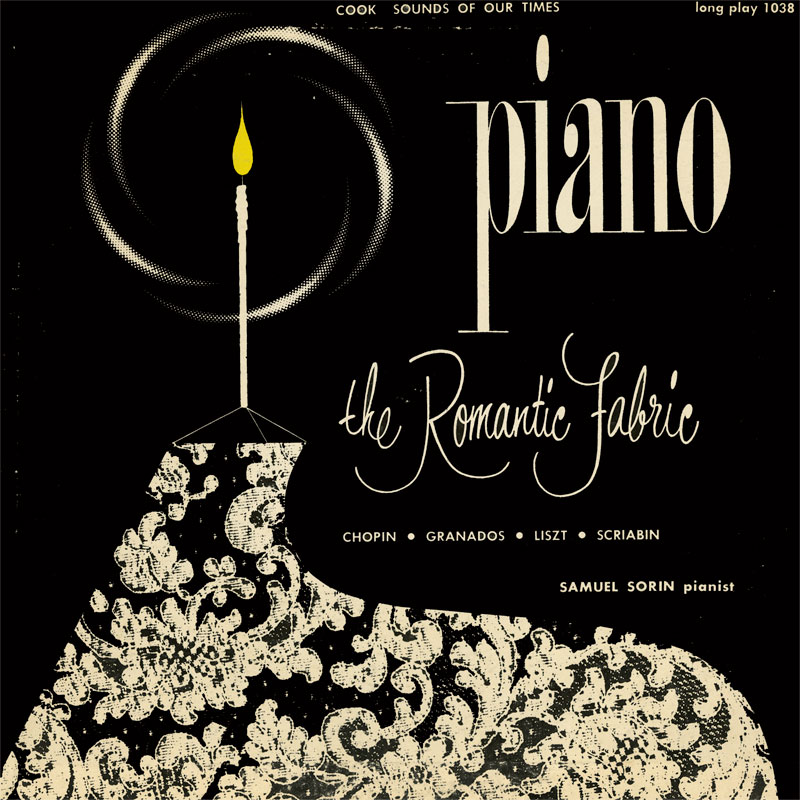 A highly regarded audio engineer, Emory Cook (1913 - 2002) was the developer of two track or binaural sound, an early attempt at stereo recording. Piano: The Romantic Fabric is an early binaural recording featuring a solo piano recital by concert pianist Samuel Sorin playing works by Frédéric Chopin, Enrique Granados, Franz Liszt, and Alexander Scriabin. Writing in High Fidelity magazine, reviewer Ray Ericson wrote: “In its customary way, Cook has reproduced with 100% realism the sound of a piano. I am tempted to say that a piano never sounds this good in concert; it is true that concert performances on the piano are rarely heard under such advantageous circumstances, in this ideal state of maximum resonance without blur.”