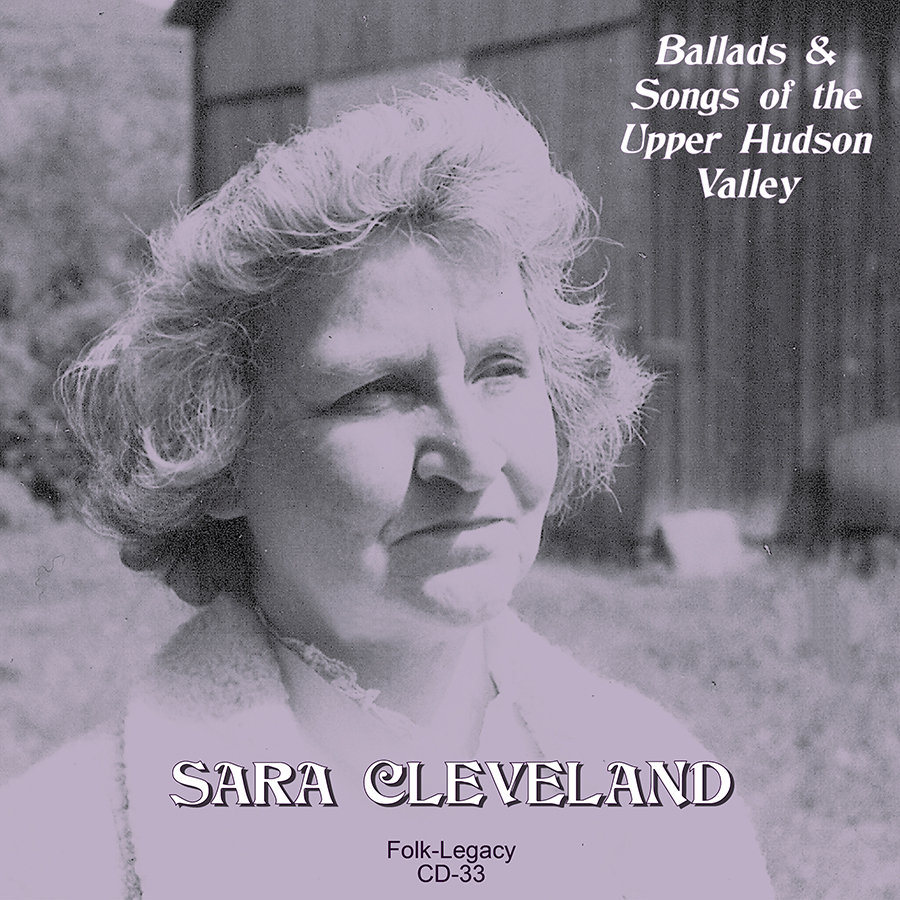 This selection of unaccompanied songs is perhaps most notable for its inclusion of rare Child ballads (English and Scottish ballads compiled by 19th century folklorist Francis James Child) that were seldom sung in North America. When producers Sandy and Caroline Paton first encountered Cleveland in the 1960's, the two were amazed by the breadth of her repertoire, remarking the following:

"We sat at the kitchen table with Sara and her family leafing through the several large notebooks of song texts which Sara had carefully written out over the years, asking if she could remember the melody of first one ballad and then another. Without hesitation, and without reference to the written texts, Sara sang for us all evening, and we barely made a scratch on the surface of her vast repertoire of traditional songs. Indeed, Sara's is the most extensive repertoire of any traditional singer I have ever recorded."

Ballads and Songs of the Upper Hudson Valley provides a selection of expertly sung works of Britain and Ireland, filtered through the New England tradition.