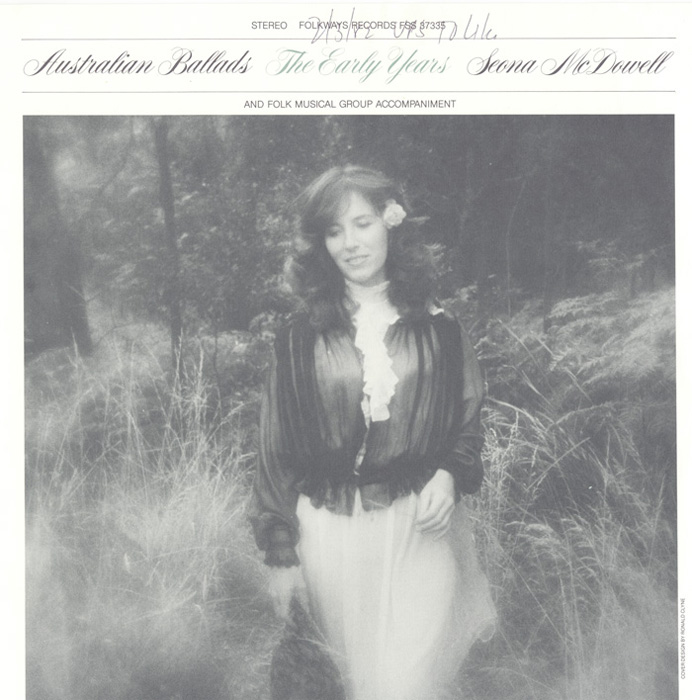 View Cart Custom CD $16.98
View Cart Digital Download $9.99
Award-winning folksinger Seona McDowell lends her voice to a collection of traditional Australian ballads on this 1981 recording. Subtitled "The Early Years," the album focuses on the six groups of early settlers to Australia. Many of the songs reflect the English, Irish, and Scottish origins of both settlers and songs, but other selections are home-grown. The best known of them is "Waltzing Matilda," often considered to be Australia’s unofficial national anthem. McDowell is accompanied on the recording by musicians Robbie Brake and Jim Brenner on a variety of stringed instruments. Song origins and lyrics are included in the liner notes.