From the Sky of My Childhood 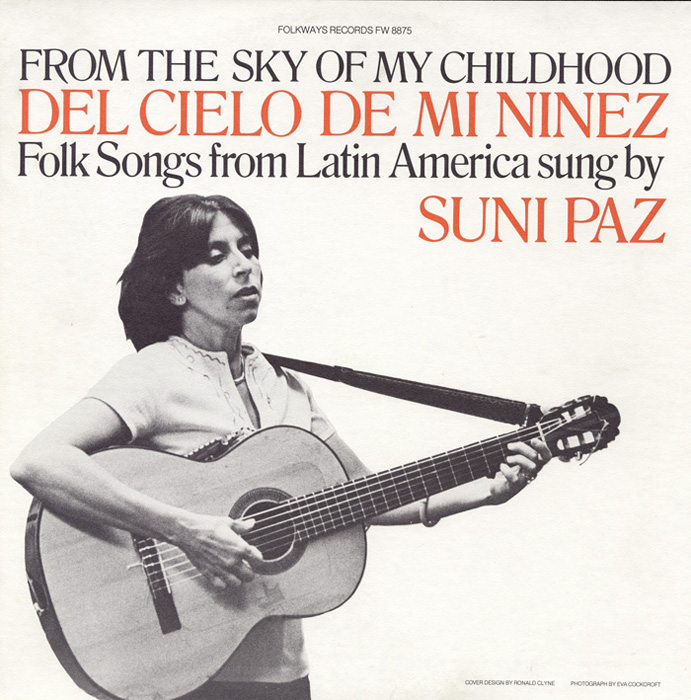 Suni Paz, whose name means “everlasting” (suni) in Quechua and “peace” (paz) in Spanish, plays and sings a collection of traditional and original Latin American folk songs. A poet, singer, composer, educator, and social activist, Paz creates music with a conscience based on her commitment to social justice and passion for education. In her third recording for Folkways, Paz sings of love lost (“Casi-Casi”), found (“Por Signos”), and unrequited (“Pollerita Colorada”); of the Mexican mythical legend “Llorona”; and of the poor children in the streets (“Cancion por un Nino en la Calle”). Complete Spanish lyrics and English translations for all tracks are included in the liner notes.