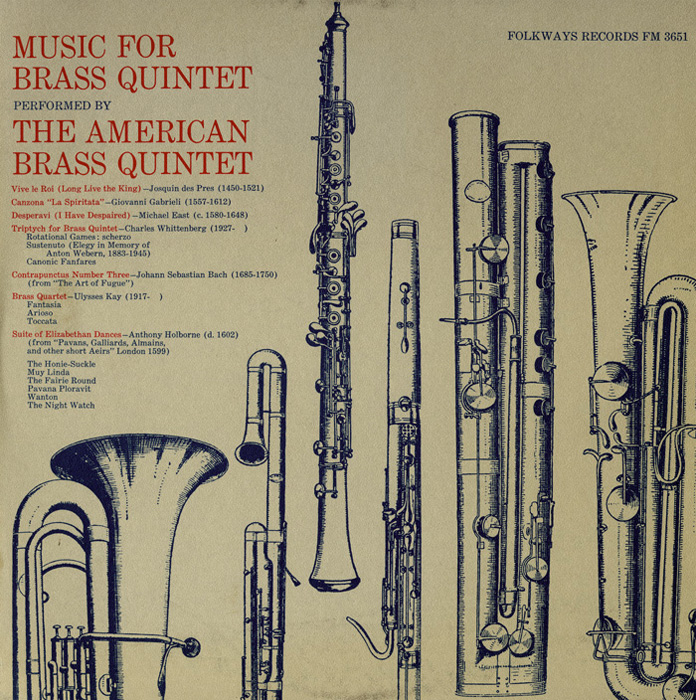 Recorded in stereo in 1965 in New York by The American Brass Quintet, Music for Brass Quintet features two trumpets, tenor and bass trombones, and French horn performing seven chamber music compositions dating from the mid-15th to the mid-20th century. This inaugural recording by the Quintet was followed in 1967 by Music of the Renaissance and Baroque, also on Folkways. The Quintet celebrated their 50th anniversary in 2010. The liner notes include thumbnail biographies of the five instrumentalists and brief descriptions of each of the seven chamber music pieces.