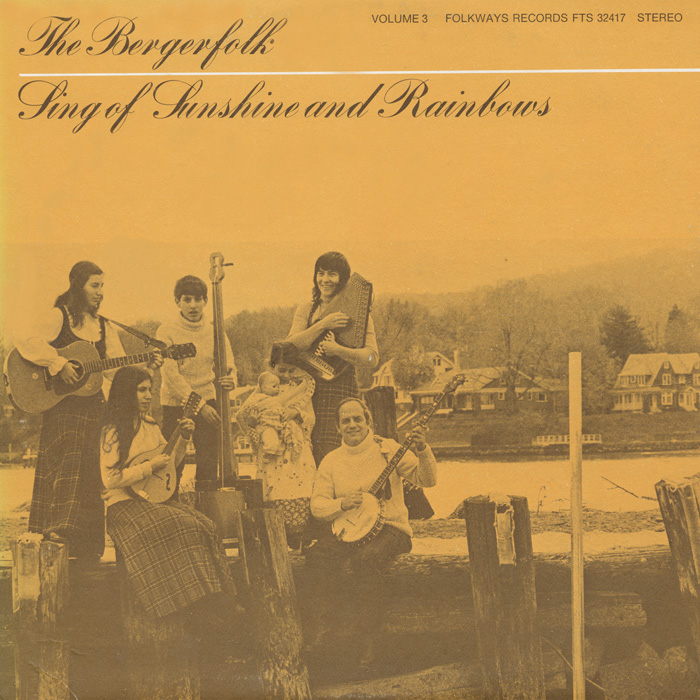 View Cart Custom CD $16.98
View Cart Digital Download $9.99
On this 1974 recording, musical family band The Bergerfolk, composed of father Steve, mother Phoebe Berger, and four of their children, Jennifer Anne, Margaret Louise, Jonathan Glenn, and Emily-Kate, perform a wide selection of traditional and modern folk music covers. The Bergerfolk open with a song first performed by the Carter Family, “Darling Pal of Mine,” and close with the spiritual “Michael, Row the Boat Ashore.” Along the way they perform Tom Paxton’s “What Did You Learn in School Today,” the late-1960s folk rock anthem “Get Together,” originally recorded by the Youngbloods, and John Denver’s “Sunshine.” Lyrics and instrumentation credits for all tracks are included in the liner notes.