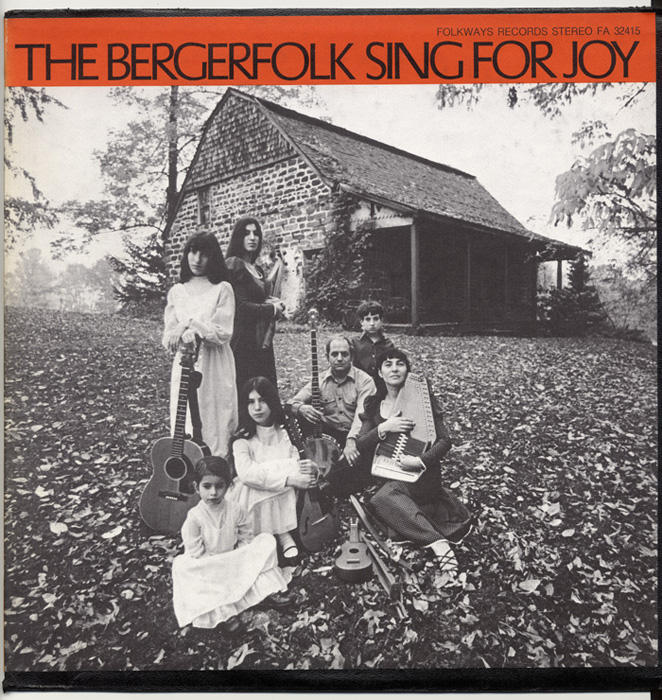 The musical family band Bergerfolk performs a collection of traditional, modern, and original folk songs on this, the first of 4 albums they recorded for Folkways Records. The family consists of dentist and banjo player Steve Berger, his wife Phoebe, and their five children: Claudia, Jennifer, Margaret, Jonathan, and Emily. The Bergerfolk lend their vocals and instrumentation to renditions of traditional tunes, including “Amazing Grace,” “What’ll We Do with the Drunken Sailor,” and “I’ll Fly Away.” The group covers two songs written and originally recorded by Woody Guthrie: “Deportee (Plane Wreck at Los Gatos)” and “I’m Gonna Mail Myself to You.” They also perform two original songs written by Phoebe Berger: “We Are Going to the Zoo” and “Plastic Grass.” The album closes with “Day Is Done,” penned by Peter Yarrow of the folk trio Peter, Paul, and Mary. An introduction by Phoebe Berger and all song lyrics are included in the liner notes.