Bergerfolk, Vol. 4: Pack Up Your Sorrows 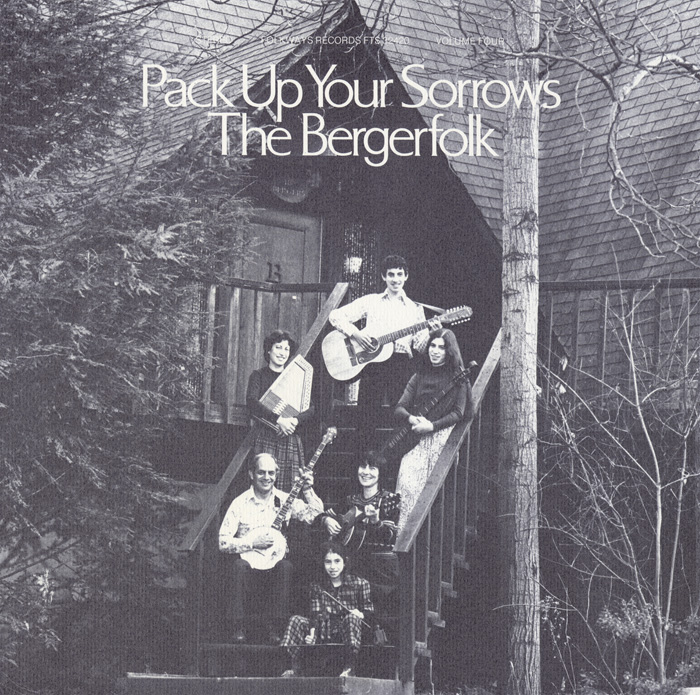 View Cart Custom CD $16.98
View Cart Digital Download $9.99
In 1978, the folk singing family band The Bergerfolk recorded their fourth and final album for Folkways. Steve and Phoebe Berger, along with four of their children, perform their interpretation of 16 traditional and modern folk songs. The Bergerfolk open with Richard Farina’s “Pack Up Your Sorrows” and close with the 18th-century hymn “Amazing Grace.” In between are traditional folk songs such as “Banks of the Ohio” and “Jessie James,” and songs written by Woody Guthrie (“Roll On, Columbia” and “This Land Is Your Land”) and by Buffy Sainte-Marie (“Until It’s Time for You to Go” and “Universal Soldier”). Lyrics, songwriting credits, and instrumentation for all tracks are included in the liner notes.