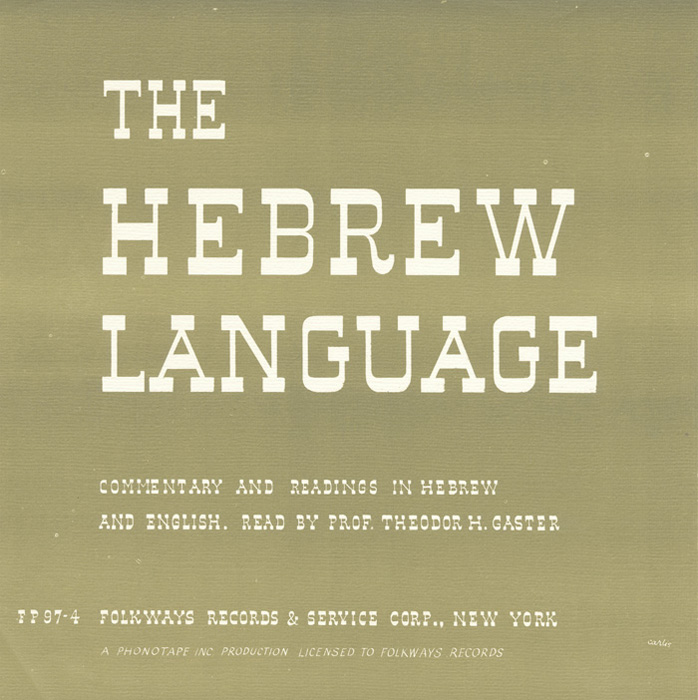 Professor Theodor Gaster presents an informal history of Hebrew, an ancient and modern language. The Old Testament was originally written mostly in Classical Hebrew; the use of Hebrew continued in literature, philosophical, religious, and scientific writings in the Middle Ages. Modern Hebrew, which is written and spoken, is one of the official languages of the State of Israel. Gaster encourages the listener to learn Hebrew to have a better understanding of Western civilization. The liner notes provide English translations and transliterations. The recording includes readings of the Kaddish in Sephardic and Ashkenazic pronunciations.