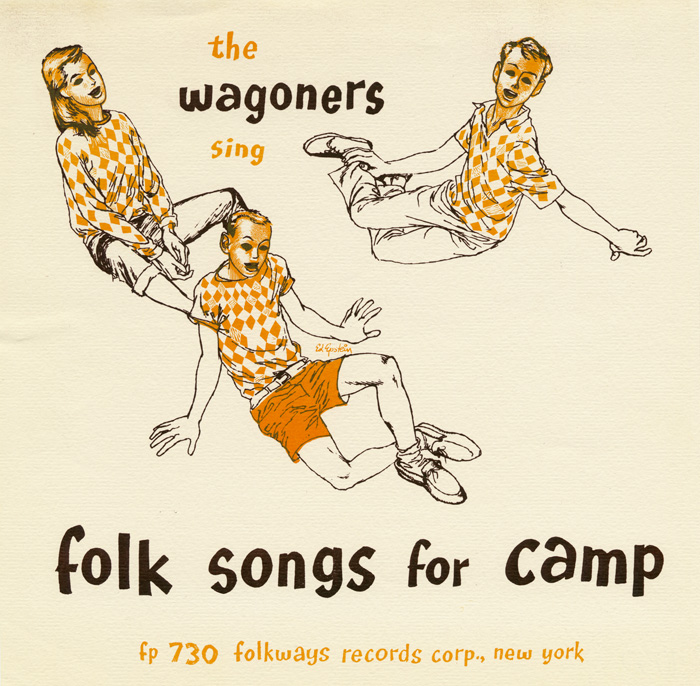 In 1956, the New York City–based folk group The Wagoners were approached by Bob Miller, a regional director of the B’nai Brith Youth Organization, to record an album of children’s traditional camp songs. The Wagoners, composed of vocalists Judy Goldsmith and Bronni Friend, guitarist Lenny Feldman, and banjo player Ben Schwartz, are assisted by a group of children in the singing of 18 camp songs. Included are popular sing-along songs like “Crawdad Song,” “My Little Rooster,” and “Saraspunda.” Camp director Bob Miller offers tips to camp counselors regarding song choice and performance instruction. The instructions are followed by lyrics for all the tracks.