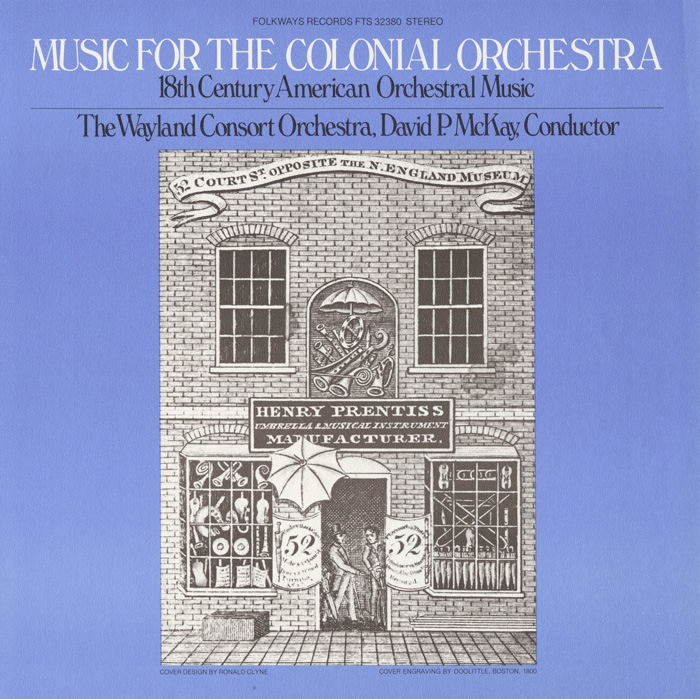 The early orchestral repertoire in the American colonies largely reflected current London offerings, with Handel "topping the charts" in both places. This album features music from four basic traditions: Theatrical/Operatic, Concerto, Vocal, and Symphonic. Notably, the first orchestral score published in the United States is here: Hans Gram's The Death Song of an Indian Chief. This 1978 collection was recorded in the pre-Civil War Mechanics Hall, which remains one of the finest performance facilities in New England. Liner notes include background information on the music as well as black-and-white illustrations of colonial-era musicians.