An Actual Story in Sound of a Dog's Life 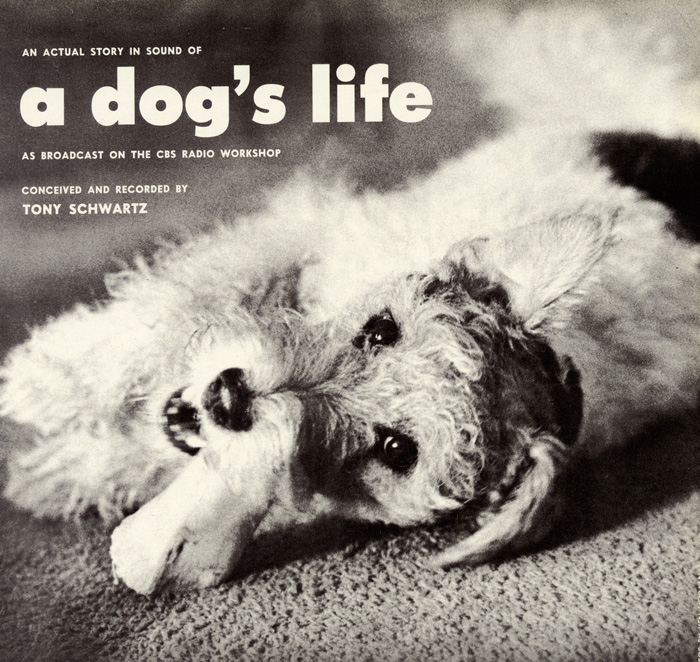 View Cart Custom CD $16.98
View Cart Digital Download $3.97
Originally aired as part of the CBS Radio Workshop and released by Folkways in 1958, Tony Schwartz’s A Dog’s Life tells the story of how he acquired his dog, Tina, from a Manhattan shelter. Narrator Ralph Bell guides the listener through barks, growls, and New Yorkers’ advice on everything from how a dog like Tina should be groomed, if her tail should be clipped, how she should be named, etc. With A Dog’s Life, Schwartz creates an engaging recording that captures the atmosphere of 1950s New York. Liner notes include black-and-white photographs of Schwartz and Tina, as well as some of Tina’s canine companions.