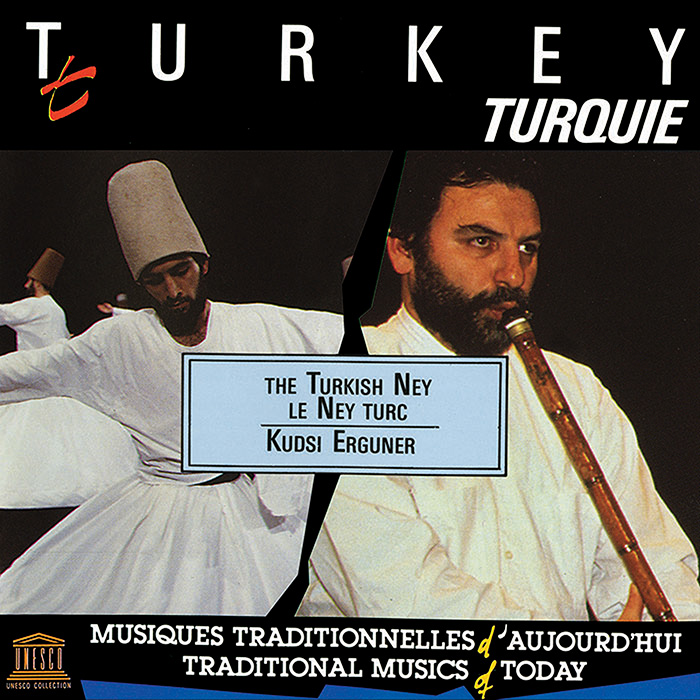 The ney, Persian for “reed,” plays a leading role in the music of the Arab, Persian, and Turkish worlds. Although simple in design, this reed flute can achieve a range of three octaves. Turkish neys are divided into several categories based on length, and are capable of making lower tones than the Arab ney. The meditative style of playing of the Turkish version of the instrument is closely linked to the mystic tradition of the Sufis and to the Mevlevi Order, also known as Whirling Dervishes.

These recordings by Kudsi Erguner, a master of traditional Mevlevi Sufi music, demonstrate the makam melodic scale system and the taksim, virtuosic improvisations of this classical music style. Erguner is a prolific artist who also founded a school in Paris where he teaches Sufi tradition and music. Here, he is accompanied by two of his students on the bendir (a round, wooden percussion instrument with fine skin stretched over one side), an instrument said to invoke the name of God each time it is struck.