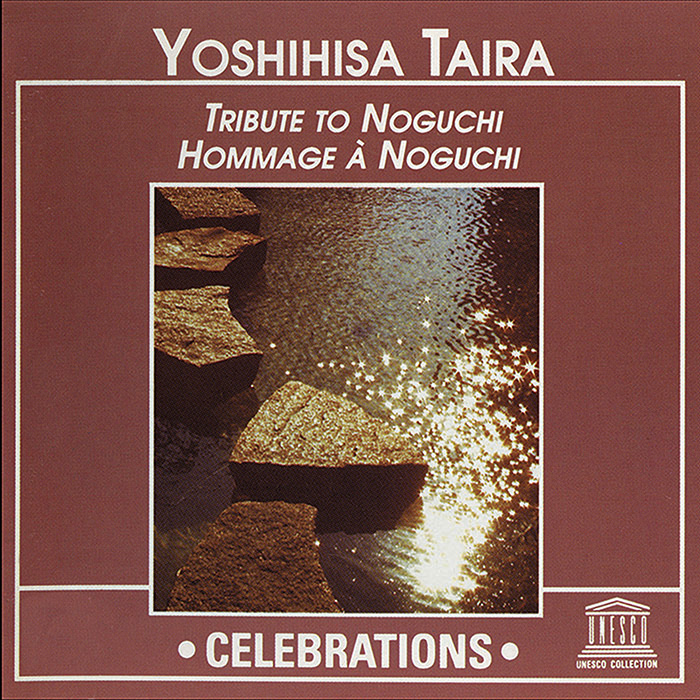 In 1956, UNESCO approached famed Japanese-American sculptor Isamu Noguchi (1904–1988) to design and install a patio garden at its headquarters in Paris, France. Noguchi accepted the commission, completing the project in 1958. Noguchi described his garden as “… an ambulatory garden, the enjoyment of which is enhanced by walking in it whereby one perceives the relative value of all things.”

A year after Noguchi’s death, modern classical composer Yoshihisa Taira (1937–2005) presented a concert in the UNESCO Garden as a tribute to Noguchi. The principal composition “Aiolos,” a piece for flute and harp, was inspired by the garden. Taira says of this piece, “When I visited Noguchi’s Japanese Garden at UNESCO, I immediately became aware of the breath of the wind wafting in the sounds from afar. I felt that it would be most suitable to use a flute in G and a harp, these being Western instruments that are somewhat suggestive of Japanese tradition.”

The liner notes provide information about all five compositions and brief biographical notes about Noguchi, Taira, and the performers.