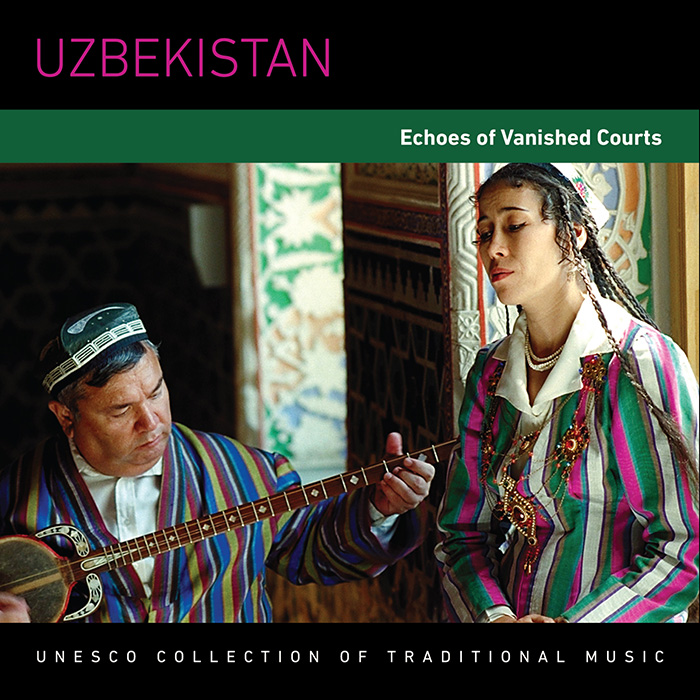 The robust music scene in Uzbekistan today can trace its roots back to the medieval court culture that flourished during the 14th century. Uzbek court music like maqamplayed a central role at the magnificent majlisfestivities regularly hosted by emirs and khans. Over time, whereas the courts broke apart and the ancient cities witnessed political turmoil, the music endured. Today classical and amateur Uzbek music permeates daily life through radio and TV programs, concert performances, wedding celebrations (tois), and various social events. These 1997 and 1998 recordings of sung poetry (ghazal) and virtuosic instrumental ensembles recapture the splendor of ancient shah (royal) music.

This is a previously-unpublished volume of the UNESCO Collection of Traditional Music, which was acquired by the Smithsonian to keep the series publicly available.