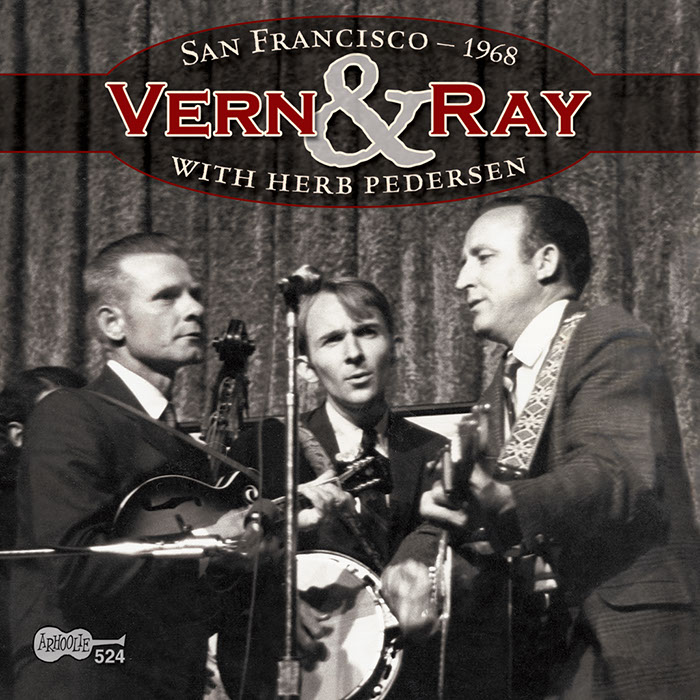 View Cart CD $14.98
View Cart Digital Download $9.99
Bluegrass musicians Vern Williams and Ray Park were both born in Arkansas but did not meet one another until they lived in California. In 1960, they formed what became northern California’s first bluegrass band, with Vern on mandolin and Ray on guitar and fiddle. This live recording from the 1968 folk music festival at San Francisco State College includes Herb Pedersen on banjo. The recording captures the sheer energy and enthusiasm of the band’s performance. They close the show with Ray playing fiddle on the bluegrass standard, “The Orange Blossom Special.”