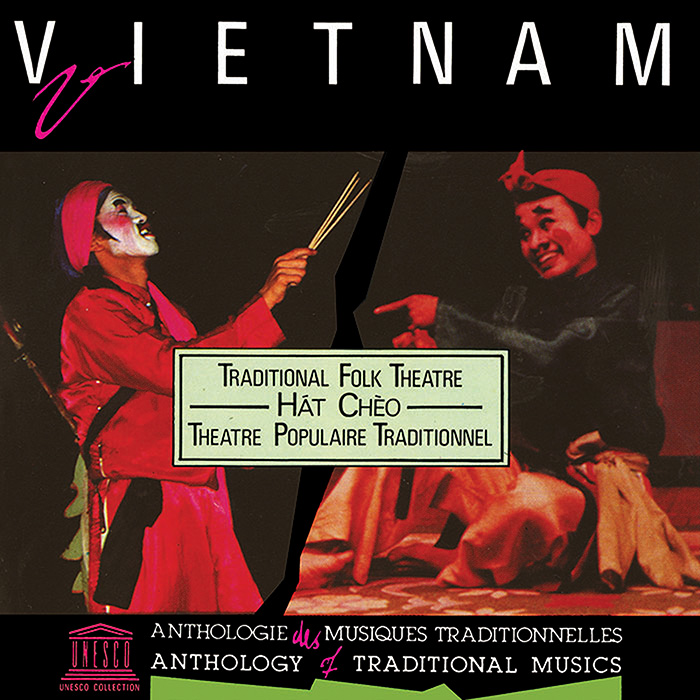 View Cart Custom CD $16.98
View Cart Digital Download $9.99
Hát chèo is a form of popular musical theatre dating back to the 11th century. Appreciated especially in the northern part of the country, the historical plays and social satires portray village characters such as farmers, herdsmen, craftsmen, and landowners. In addition, the singers also play the roles of clowns, drunks, and madwomen, criticizing and making fun of the village authorities in their performances. The traditional hát chèo musical ensemble consists of two-string fiddles, flute, and drums while modern re-creations use more instruments. This recording dates from the 1970s and includes the performances of several acknowledged hát chèo masters. The album was annotated by Vietnamese musicologist Tr?n Van Khê. This album is part of the UNESCO Collection of Traditional Music.