From North Dallas to the East Side 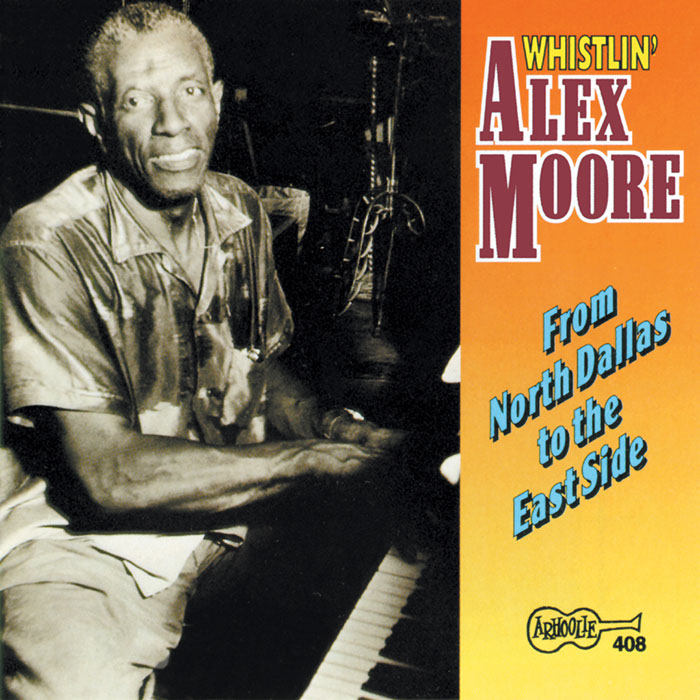 Largely unknown outside his hometown of Dallas, Texas, “Whistlin’” Alex Moore (1899 – 1989) was a blues original. Sitting at the piano, Moore would endlessly improvise on blues themes, creating news songs in the process. His distinctive whistling and vocals added to the originality of his music. This collection of music is comprised of three separate recording sessions, including two songs recorded while on tour in Germany in 1969. The liner notes are written by Arhoolie founder Chris Strachwitz.