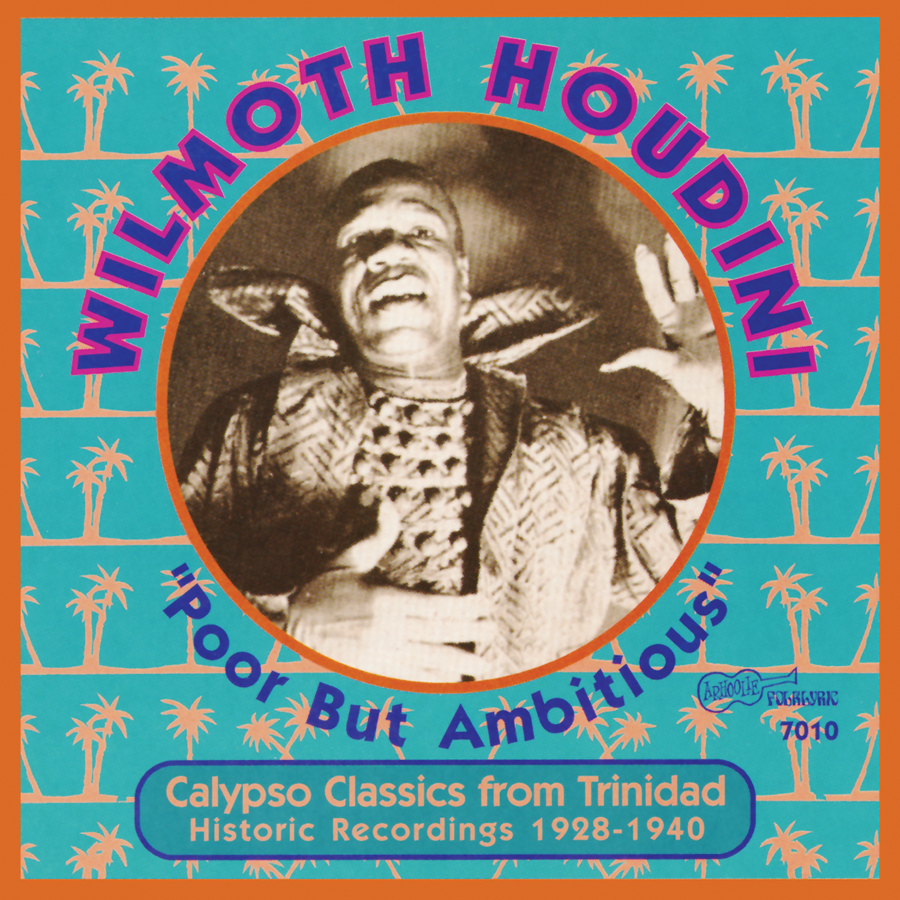 View Cart Digital Download $9.99
CD (Out of Stock)
Although born in Port of Spain, Trinidad and Tobago, Wilmoth Houdini (born Frederick Wilmoth Hendricks) achieved musical recognition performing calypso music in New York City in the 1920s, 30s, and 40s. His songs covered a variety of topics and styles and were sung in a mix of English and Trinidadian patois. This collection, recorded in New York between 1928 and 1940, features Houdini performing with several different calypso bands. The liner notes provide a brief biography of Houdini and his music.