An Exploration of Spanish Music and Dance Traditions

Summary
These lessons are designed to introduce some of the history, traditions, and music of Spain. The first of the three lessons covers the flamenco dance and discusses the Romani (Gypsy) people. The second lesson is designed to teach students a fun Spanish children’s song. The third lesson introduces some of the Christmas traditions in Spain as well as a villancico (Spanish Christmas carol). 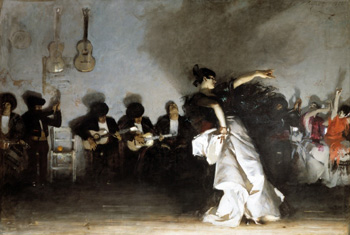 Prerequisites: Intermediate level of understanding of solfege and notation 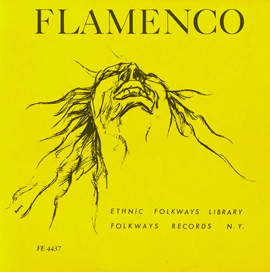 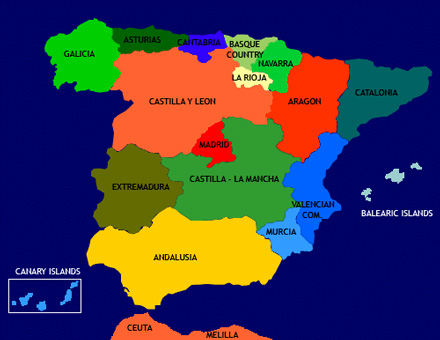 Map of Spain from www.red2000.com/spain/region

Assessment: Students will be able to keep the steady clapping rhythm while listening to the musical selection. They will learn the technique of playing the castanet and work on playing along with the recording. They will experiment with body movements to represent the flamingo and compare those with the movements seen in flamenco.

*The word flamenco can be translated as either “flamingo,” or “Flemish,” associating the dance with either the bird or a particular group of people known for being flamboyant. It is debatable whether the dance is an imitation of the flamingo or the Flemish people as there is evidence for both cases.

Lesson 2: My Donkey Has a Headache! 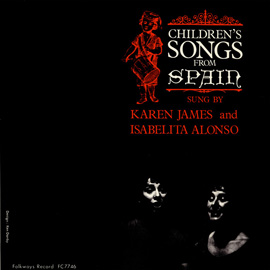 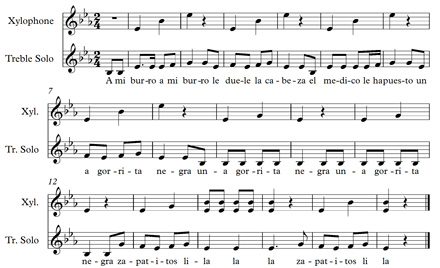 *This transcription is taken directly from the recording, which may be too low for young children to sing. You may want to sing this in a higher key, such as F or G major.

Extension: Make up a circle or partner dance to teach your students to use with “Mi Burro.” 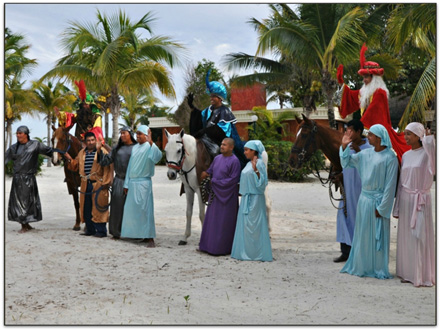 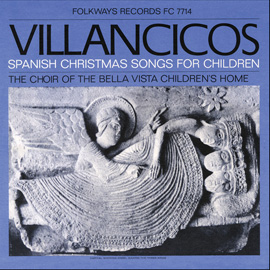 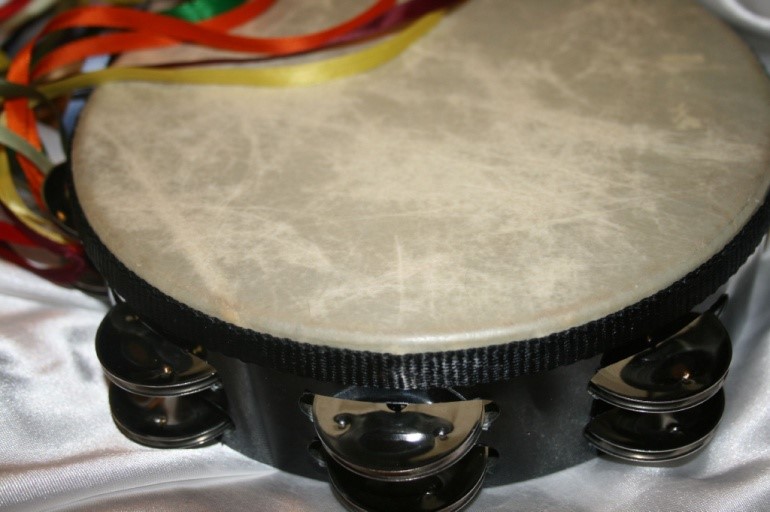 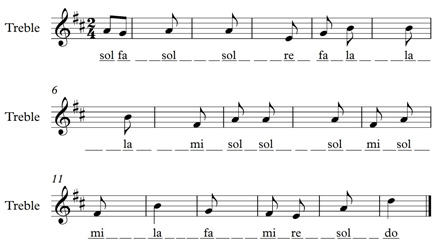 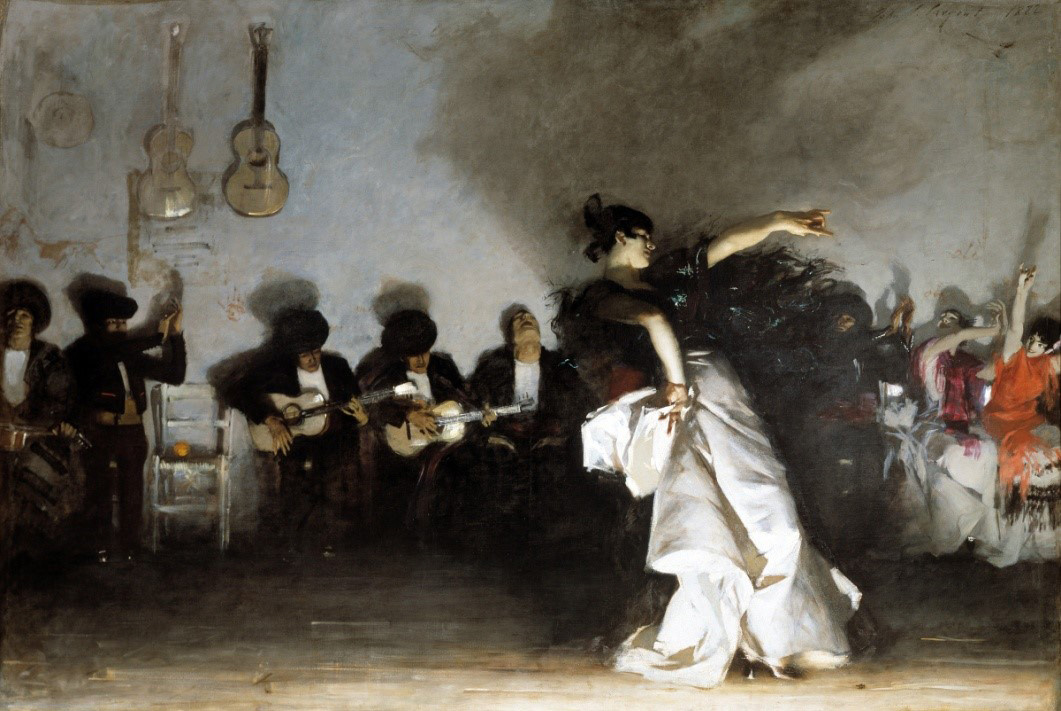