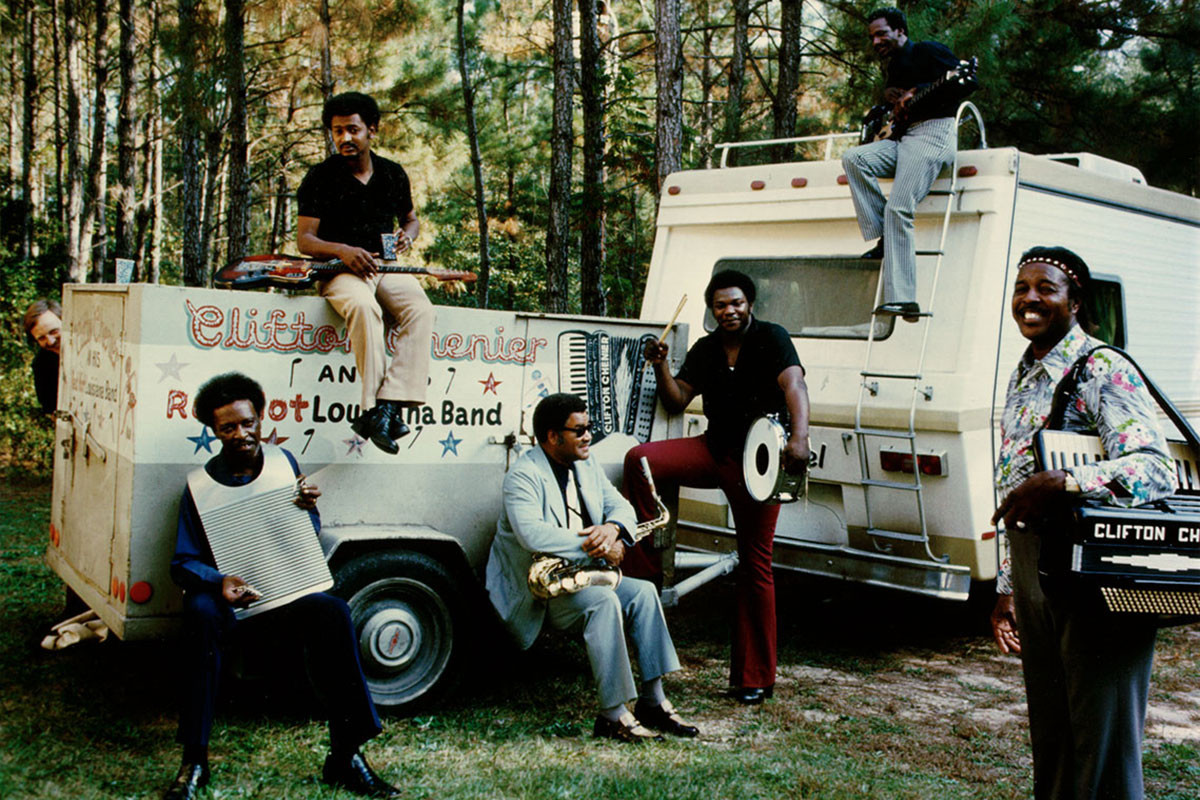 The French-speaking settlers who left the Acadian region of Canada for southwest Louisiana in 1764 became known as Cajuns. They brought their traditional ballads and fiddle tunes with them. Music was an essential part of social life among Cajuns at house parties, gatherings, and by the 1920s, at dancehalls. Over time, French-speaking African American Creoles also shared these music traditions. In the days before amplification or microphones, singers had to project their voices high and loud in order to be heard. Even after amplified sound was introduced in the mid-1930s, this characteristic singing style remained the standard among most traditional Cajun vocalists. The fiddle most often accompanied singing. The accordion, introduced by German immigrants to the United States, was incorporated into the Cajun and Creole repertoire around the turn of the century. The loud, sturdy instrument had a significant effect on the sound of Cajun/Creole music. The lyrics are still sung in French today.

Cajun and Creole Music
“My first encounter with ‘live’ Cajun music came in 1960 when I was driving from Houston to New Orleans on my way to Memphis to meet up with Paul Oliver and his wife on my first trip to the South. I stopped at a service station in Lafayette, Louisiana, and asked the gas attendant if he could tell me where I might hear some Cajun music (which I knew existed in this area of southwest Louisiana). He said: ‘No, I couldn’t tell you—but you might ask at one of the bars at Four Corners.’ I thanked him and went into the first bar I saw at that intersection, sat down, and finally got up my nerve to ask the attractive female bartender who had served me a beer. She burst out laughing and said: ‘Yeah! Just last night I got drunk with my boyfriend and went dancing at the Midway Club—you can’t miss it. It’s a white dance hall on your left as you drive towards Breaux Bridge!’ I thanked her, drove east, and entered the large, white hall. The band was just then playing one of my favorite Country songs: ‘It Wasn’t God Who Made Honkytonk Angels’ (sometimes known as ‘The Wild Side of Life’). One man on the bandstand was singing verses in English, but a second singer would come on with more verses in this strange French patois! All the while I was watching the rather short men walking and pushing their seemingly much larger female partners counter-clockwise around the dance floor. I was completely captivated by the whole scene of people enjoying themselves while speaking and dancing to a strange, unique, wonderful-sounding band.”

Over time, the traditional Cajun waltzes and two-steps played on the accordion fused with rhythm-and-blues, blues, and eventually, rock-and-roll to create a uniquely new sound among African American Creoles called zydeco. The word zydeco derives from a popular regional saying: “les haricots ne sont pas salés” or “the snap beans aren’t salty.” Clifton Chenier (1925–87), considered the “King of Zydeco,” invented and popularized the musical genre to audiences nationwide as well as in Europe. Chenier’s father, a farmer, played music on the accordion at Creole dances. Rather than use the traditional button accordion typical in Cajun and Creole music, Chenier played a piano accordion, which can play in any key. In the early 1950s, Chenier made his first recordings. In addition to playing music, he worked in various trades including agriculture and truck driving for oil refineries. Chris Strachwitz first met Chenier in 1964 in Houston, Texas, after being introduced by Lightnin’ Hopkins, Chenier’s cousin. After Strachwitz recorded Chenier in the mid-1960s, the musician became more widely known. Chenier performed at Creole dances, various festivals throughout the U.S. and Europe, and he continued to perform into the 1980s, even as his health declined.

Chris Strachwitz’s discovery of Cajun and zydeco music had far-reaching consequences for the musicians of the region. Local record labels and studios in south Louisiana like La Louisianne, Goldband, and Floyd Soileau’s Swallow label, and producers like J.D. Miller, made 45s made for juke boxes, but it was a rare record store outside south Louisiana that sold them. Arhoolie first released an album by the “King of Zydeco” Clifton Chenier in 1965, and its earliest zydeco compilation dates to 1967. Arhoolie also released 45s for the local music scene. Collectors found in these releases music they had not heard before.

Over the years Chris made numerous trips to the region, scouting out clubs and festivals. He sought out older Cajun artists who had recorded in the 1920s and ʼ30s like Joe Falcon, the Breaux Brothers, and the Hackberry Ramblers. He recorded some of the Creole musicians like Bois-sec Ardoin and Canray Fontenot. Clifton Chenier’s albums, including the highly acclaimed Bogulsa Boogie album, turned out to be some of Arhoolie’s best-selling titles. Many of the best-known zydeco bands recorded for him.

He met and befriended people central to the Cajun music world, as he did across the genres. Two younger groups are of note, Michael Doucet and his band BeauSoleil and the Savoy Family Band. Doucet and Marc and Ann Savoy are deeply versed in the music; they collaborate with one another and have helped guide Chris. The great national revival of Cajun and zydeco music has encouraged a rise in local music tourism, with people traveling to clubs in Breaux Bridge and Lafayette. The Savoys’ son Wilson is a key member of The Pine Leaf Boys (on Arhoolie), one of the top new-generation bands. Chris has been really important in spreading Cajun and zydeco near and far.