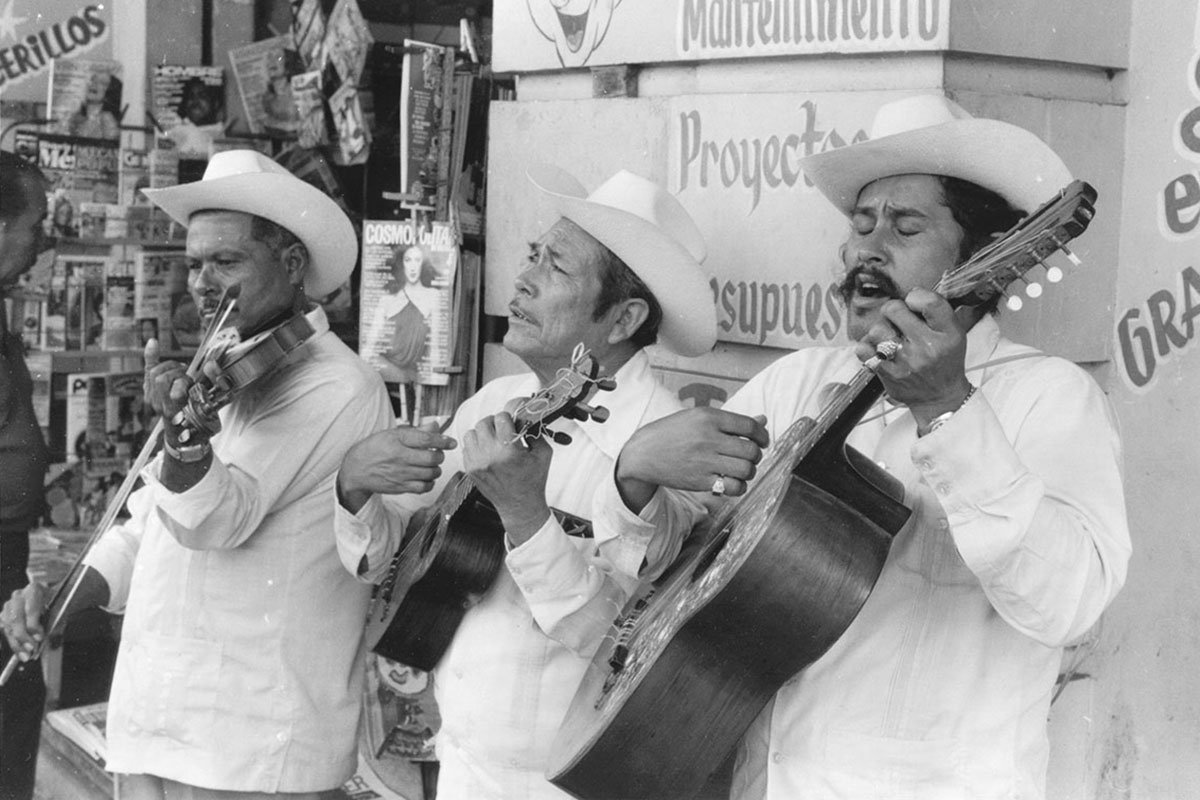 Arhoolie Records founder Chris Strachwitz has long been drawn to Texas–Mexican border music and has recorded and released numerous important recordings in the genre. He also amassed the largest collection of Mexican and Mexican American recordings over the past sixty years—over 200,000 selections on cylinders, 78s, 45s, LPs, cassettes, and CDs made from 1908 to the 1990swhich now comprise the Arhoolie Foundation’s Frontera Collection.

Texas–Mexican border music is also referred to as conjunto (group), Tejano (Texan), and norteño (northern style). It developed in rural northeastern Mexico and South Texas during the second half of the nineteenth century with the introduction of the accordion to the region by German and Italian immigrants. Influenced by European polkas and waltzes, Mexican musicians made the style their own. An accordionist is typically accompanied by a bajo sexto and an upright bass. The first accordions employed in the genre were one-row (diatonic) button instruments, followed by two-row and then three-row accordions in later decades. As in Louisiana’s Cajun region, rural musicians and their audiences quickly embraced the sound. Female singers also gained prominence, in particular Lydia Mendoza (1916–2007), with her hit “Mal Hombre” in the 1930s. Female duets accompanied by the accordion became popular by the early 1950s. The music and vocals were widely recorded beginning in the late 1920s and broadcast on the radio to Spanish-speaking audiences across the United States by the mid-1950s. Though still somewhat overlooked, this genre is an important part of American vernacular or regional music alongside blues, Cajun, polka, and early country.