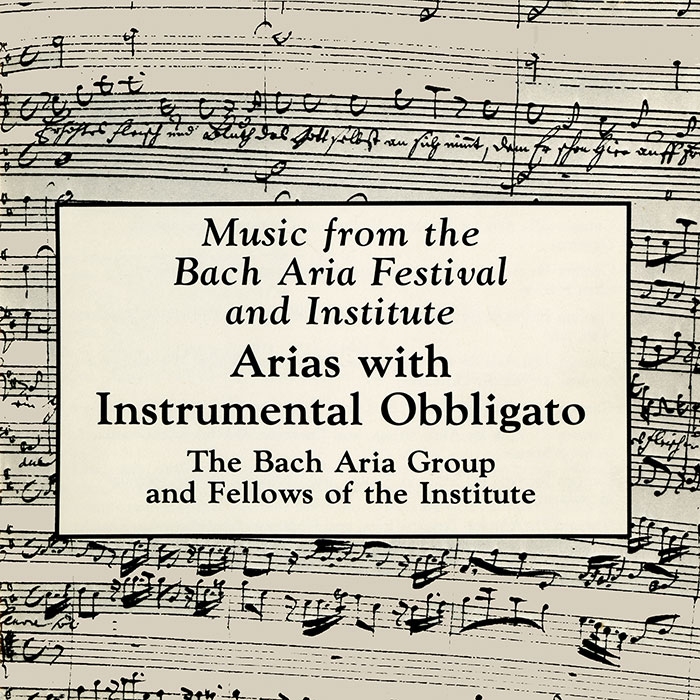 View Cart Custom CD $16.98
View Cart Digital Download $9.99
Johann Sebastian Bach’s arias are the only chamber music in which vocal and instrumental solos share equally to convey the text’s meaning. The singer is entrusted with the words, and the instrumentalist with delineating the ideas and feelings of the text –as intensely as the words themselves. Bach’s arias have been underappreciated because they are excerpted, and because they are taken from cantatas that functioned liturgically in the churches where Bach worked. They unfairly suffer a parochial status when their universality is evident--their sadness is sadder than that in many other musical genres, and their joy is more joyous. Here, Bach related directly to his congregants, acknowledging their occupations and celebrations, their fears and aspirations, and their mystical religious leaps. Bach’s genius as composer of the some of the greatest religious music stems from his participation as an accepted, admired, and trusted member of a middle class community, attuned to its values and concerns. In Bach’s arias, the interaction between religious, political, and socioeconomic forces found an authentic voice that continues to resonate. This recording of the Bach Aria Festival and Institute was recorded in 1987 and originally released in 1989.