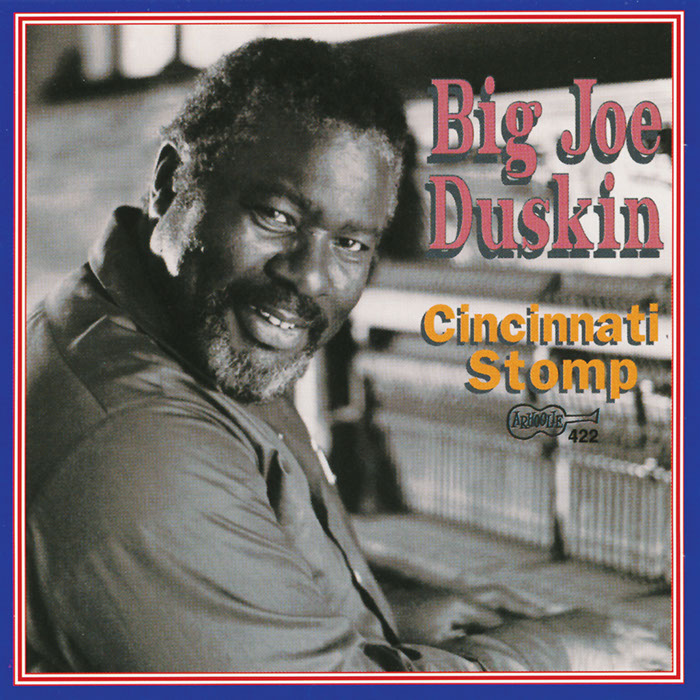 During World War Two, pianist Joe Duskin (1921–2007) performed in USO shows where he met several of his musical idols, including Pete Johnson and Meade Lux Lewis. This exposure greatly influenced Duskin’s musical development in the “boogie-woogie” style. However, pressed to promise his Baptist minister father after the war not to play the “Devil’s music” during his lifetime, Duskin did not touch the piano for the next 16 years. Following the death of his father at age 105, Duskin slowly began performing again. In 1977 and 1978, Arhoolie Records recorded two sessions, releasing some of the material in 1979. This CD contains all of the material from those sessions including Pete Johnson’s “Roll ’Em Pete,” Meade Lux Lewis’s “Honky Tonk Train,” and several of his own compositions (“Cincinnati Stomp,” “Well, Well Baby,” and “I Met a Girl Named Martha”).