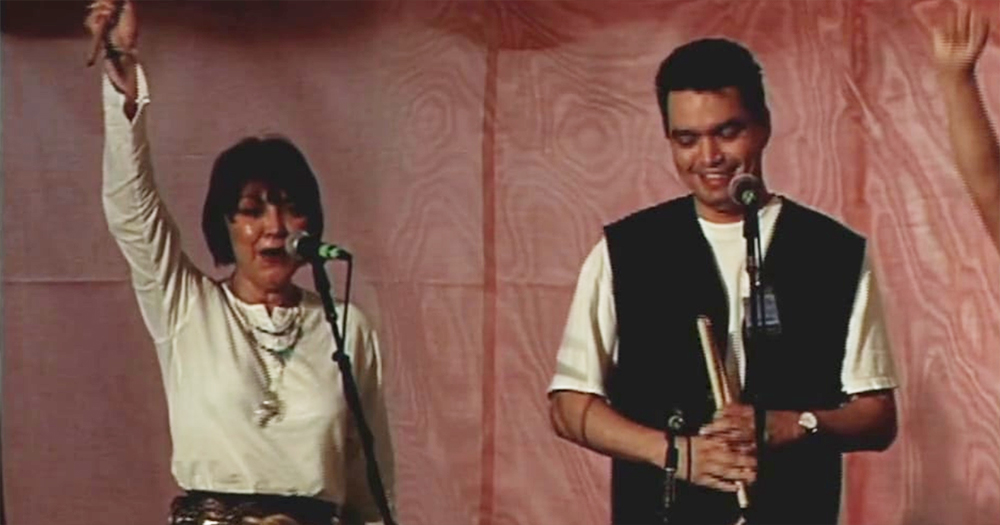 Bone games are popular among American Indians across the northwestern United States of America. Two teams compete to guess where players are hiding carved animal bones. The game is accompanied by exuberant singing, drumming, or rattles. Bone game songs are very lively and fast paced, and are sung with full voices. The players hiding the bones often gesture expressively in time with the music. In earlier times, it was usually men who competed, but nowadays women and youth participate, too. Laura Wallace and her family perform "The Bone Game Song" with percussive accompaniment and animated gestures.