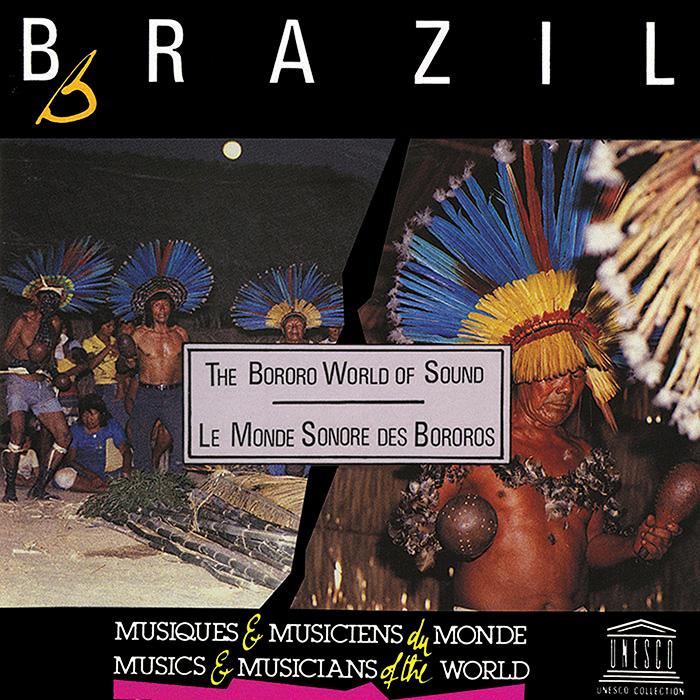 View Cart Custom CD $16.98
View Cart Digital Download $9.99
The Bororo are an indigenous people living in the Mato Grosso region of west central Brazil. Primarily hunter-gatherers, the Bororo all but disappeared as an ethnic group during the mid-twentieth century. The most recent census in 1997 estimates their population to be about 1,000, up from the 800 estimated to be living at the time of this field recording in late 1980s.The music in this recording includes a deeply complex funeral rite featuring the parira flute, rattles, and variety of chants that are employed at deliberate points in the ritual. Mediated by a shaman, or bari, the sonic world represents a medium for the spiritual and the material to be reconciled in the wake of death. Liner notes include detailed information on the Bororo and the meaning of the chants as well as a further reading list.