A Grain of Sand: Music for the Struggle by Asians in America 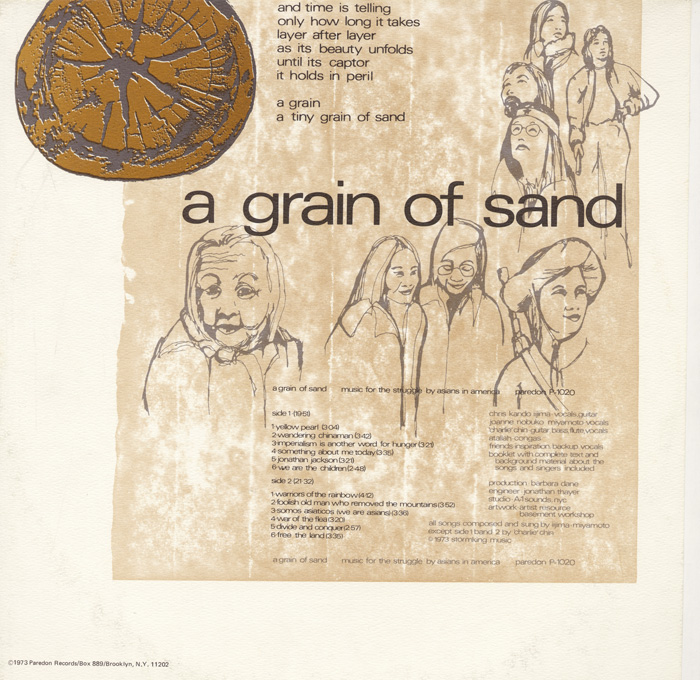 A Grain of Sand: Music for the Struggle of Asians in America, a 1973 Paredon Records release, is widely recognized as the first album of Asian American music. Chris Kando Iijima, Joanne Nobuko Miyamoto, and William “Charlie” Chin deliver their activist message through simply–recorded acoustic guitars and vocals, with the occasional accompaniment of bongos, bass, and di zi, a Chinese flute. Soul, jazz, and blues elements are interwoven in the American folk style of the songs. The artists were also influenced by their solidarity with African American and Latin American social movements; for example, their musical collaboration with Puerto Rican duo Flora y Pepe and exposure to Latino artists while living in New York. The liner notes include a political statement by the musicians, lyrics, and a list of Asian American publications from the era.