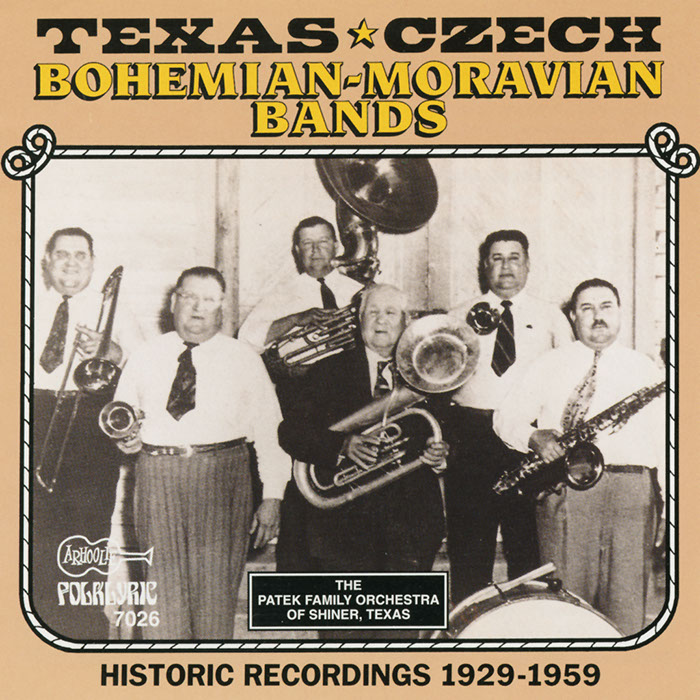 View Cart Digital Download $9.99
CD (Out of Stock)
Among the immigrant groups that arrived in Texas in the 19th century were Slavic peoples from Central Europe. Settling in south-central Texas, the Czechs, Slovaks, Bohemians, and Moravians adapted to their new country while retaining ties to their musical and cultural heritage. One result was the development of the unique Texas-Czech musical genre, consisting of polkas, waltzes, marches, and native folk dances played with a southwestern flavor. This collection presents recordings of many of the Texas-Czech bands of the 1930s, 40s, and 50s. The liner notes provide information about the bands and music history.