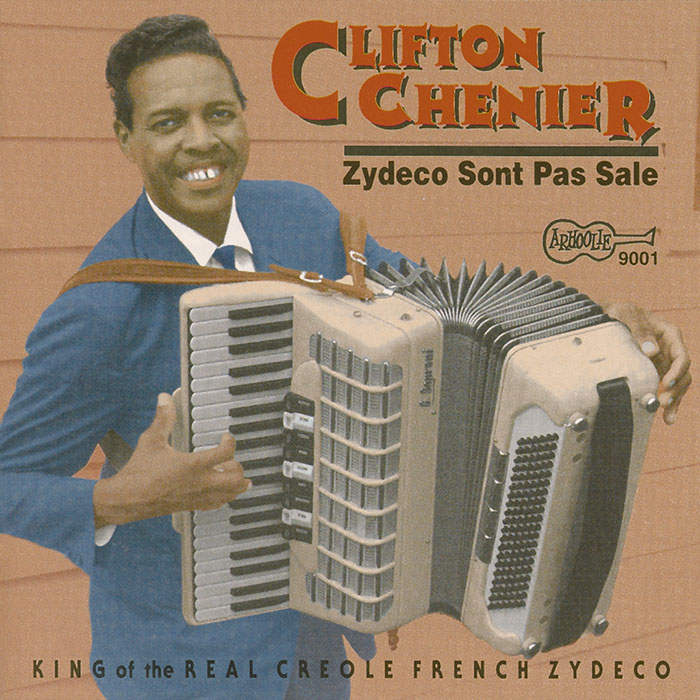 View Cart Digital Download $9.99
The King of Zydeco, Clifton Chenier (1925–1987) first recorded for Arhoolie Records in 1965 (“Louisiana Blues & Zydeco” ARH00329). The album introduced him to the world. Chenier continued to record for Arhoolie for almost 20 years. This posthumous release features some of his most iconic and important songs sung in Louisiana Creole French, his first language.