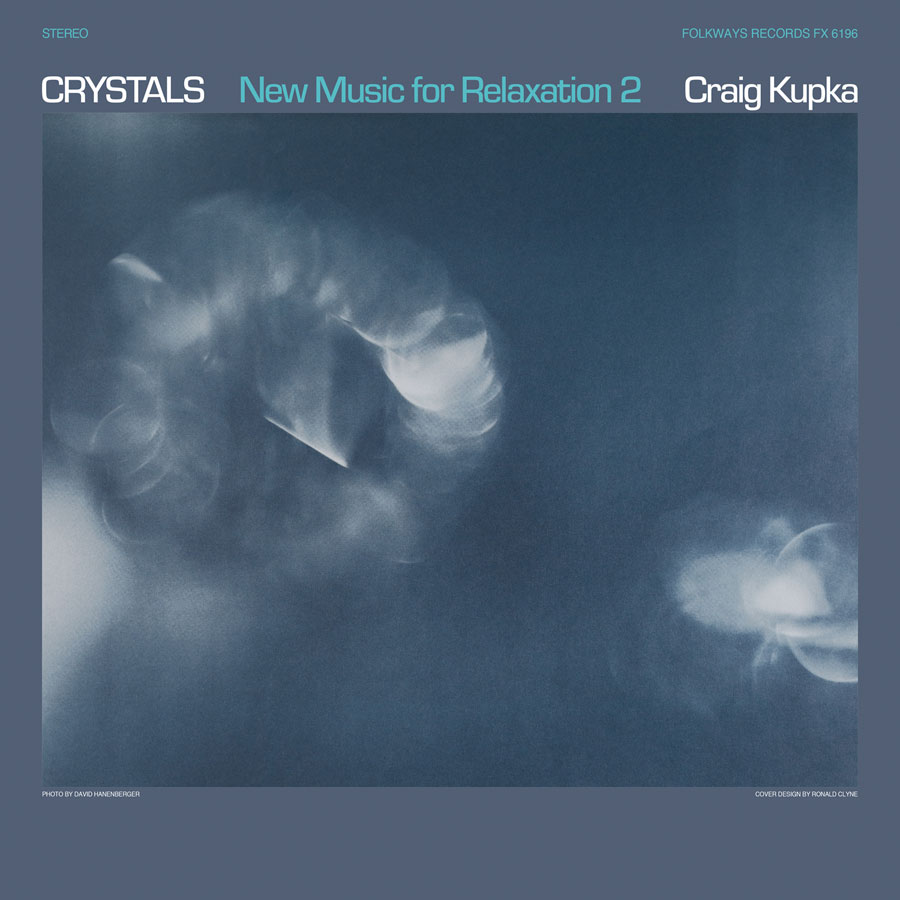 The sonorous drift of four trombones, like gentle waves lapping at the edge of a celestial shoreline, opens Craig Kupka’s second album for Folkways, Crystals: New Music for Relaxation 2. Featuring two side-long compositions for trombone and synthesizer, the album is intended as an aid for meditation, a guided journey inward towards self-discovery. Before its original release in 1982, Kupka and his wife Nancy took these recordings to relaxation classes and dance studios, field-testing them with participants primed for a meditative experience, and received extensive positive feedback. Like works by contemporaries Michael Stearns, Iasos, and Steve Roach, this is healing music that opens the outer reaches of the mind.

The vinyl edition is part of the Smithsonian Folkways Vinyl Reissue Series, bringing to light hidden gems from the extensive collection and revisiting some of the most iconic and influential albums released by the label. We are offering Crystals: New Music for Relaxation 2 along with the vinyl reissues of Ann McMillan's Gateway Summer Sound: Abstracted Animal and Other Sounds, and The Neptune Collection by The Entourage Music and Theater Ensemble as a Vinyl Bundle with Bonus Folkways Slipmat.