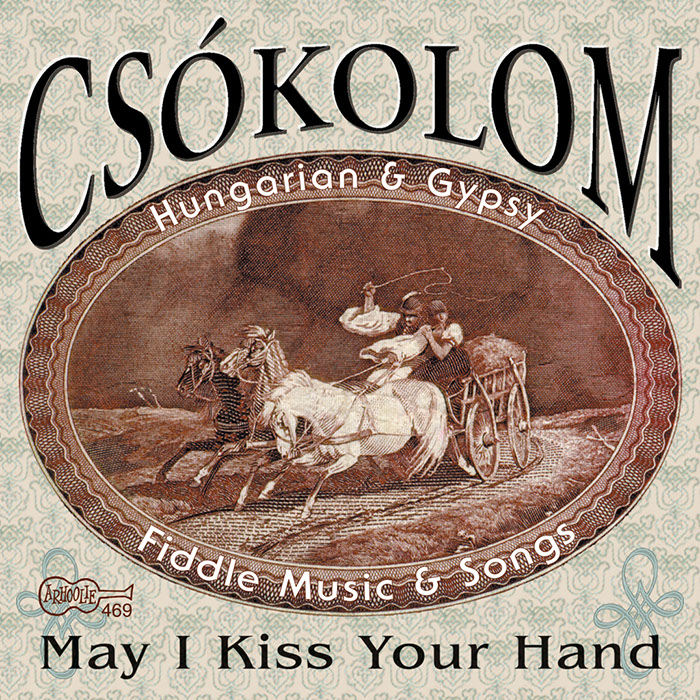 Csókolom is a string quartet (3 violins and a double-bass) led by violinist Anti von Klewitz. The Hungarian name of the quartet is the short version of “Kezét csókolom!” (I’m kissing your hand), the universal phrase used by Hungarians to greet their elders, mainly those whom they have known since childhood. In 1998, the quartet performed at a Folk Alliance conference in Memphis, TN. Arhoolie Records founder/producer Chris Strachwitz was so taken with their music that he arranged to record them two days later in the fabled Sun Studios. The end result is an album of astounding Hungarian and Eastern European fiddle music.