His First and Last Recordings 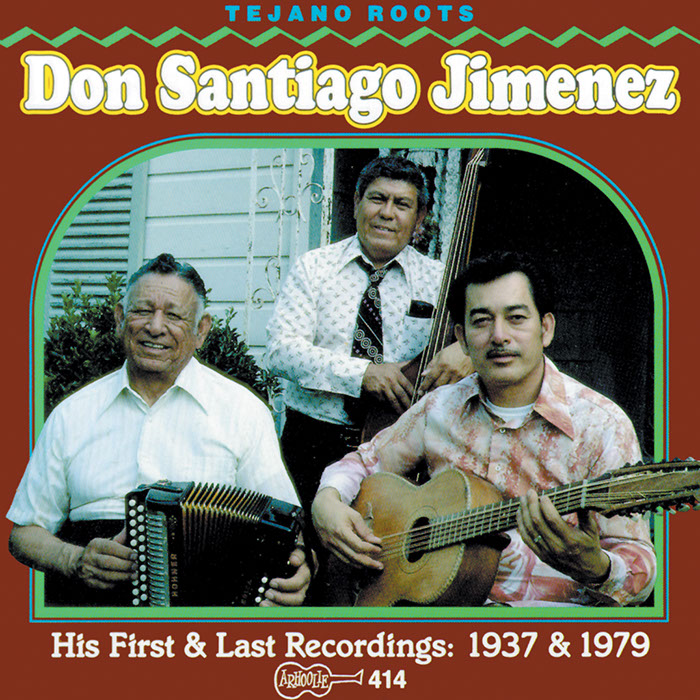 View Cart Digital Download $9.99
Texas-Mexican conjunto music is a multicultural creation—a melding of Mexican and Central European dance music (primarily polka and waltz), with the diatonic button accordion being the lead instrument. Tejanos (Texans of Mexican descent) adopted the accordion as their own in creating the conjunto tejano music style. Don Santiago Jimenez, like his father Patricio, was a master of the button accordion and a player of traditional conjunto dance music. His recordings covered a period from the 1930s until 1979. This collection captures both ends of his recording career. His son, Flaco, accompanied him on bajo sexto on his last recordings.