We are the Working Class 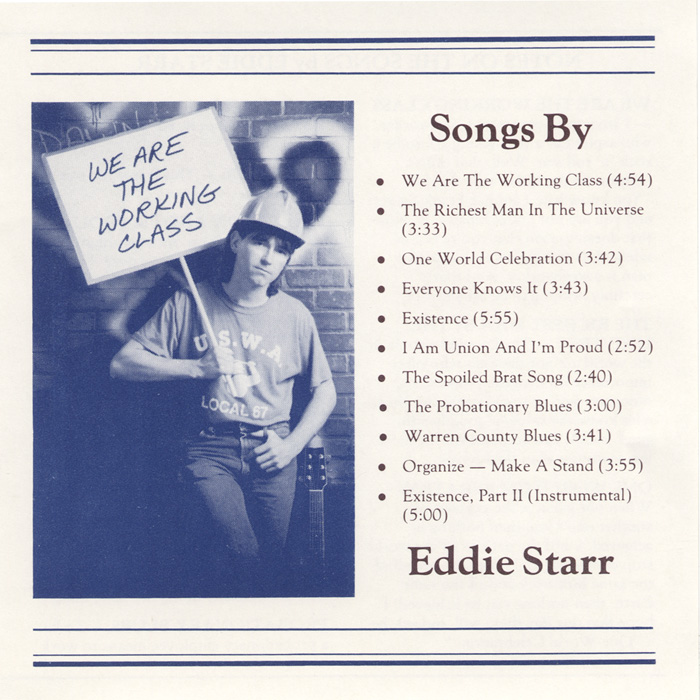 "When [Eddie Starr] graduated high school, [he] had a plan to seek fame and fortune with a rock and roll band." However, Starr became a third-generation steelworker who wrote music that led him to record this album on Collector Records in the early 1990s that gives a new life to the songs of the working class, and created a true "rock ‘n’ roll Starr."