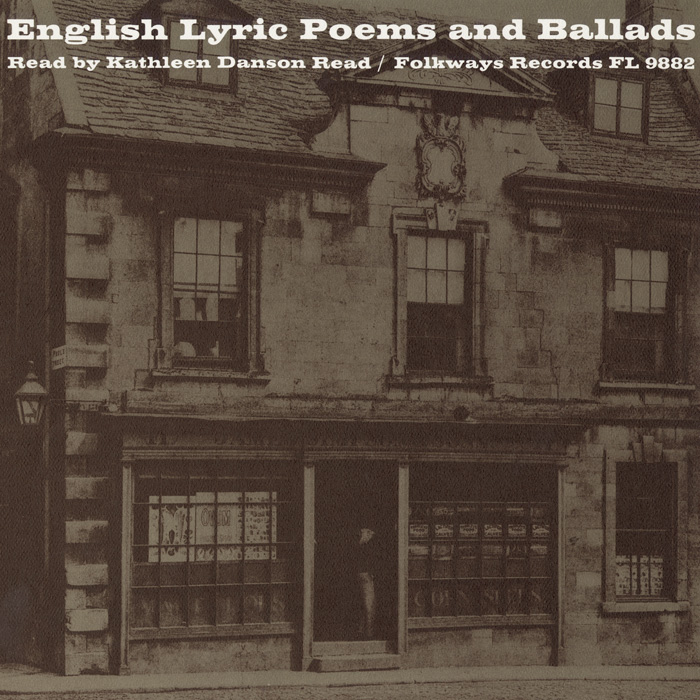 View Cart Custom CD $16.98
View Cart Digital Download $9.99
English Lyric Poetry is a collection of 13 poems written over a period spanning approximately 100 years from the early 19th century (“Rosabelle” by Sir Walter Scott and “Meg Merrilies” and “A Thing of Beauty” by John Keats) to early 20th century (“The Highwayman” and “A Song of Sherwood” by Alfred Noyes). Mid-19th-century lyric poems include “The Mermaid” by Alfred, Lord Tennyson, “The Pied Piper of Hamlin” by Robert Browning, and Matthew Arnold’s “The Forsaken Mermaid.” The poems are read by English actress Kathleen Danson Read. The texts of the poems are included in the liner notes.