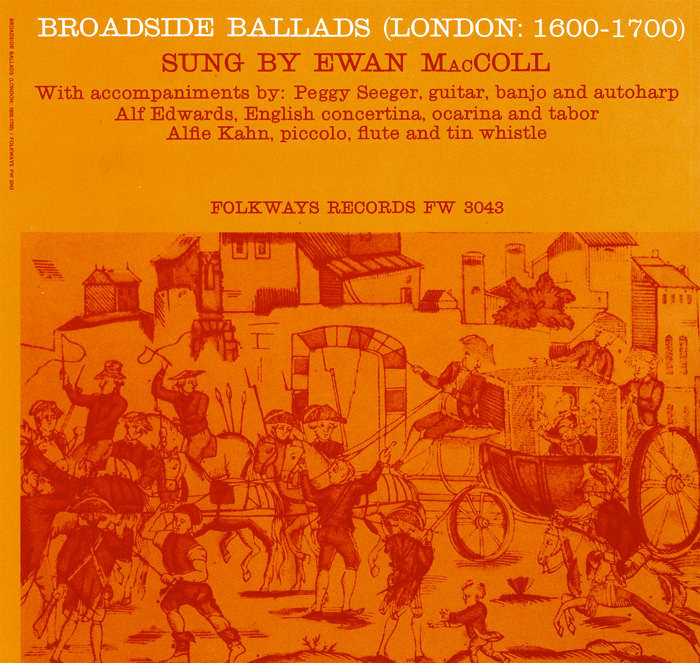 In his liner notes, Ewan MacColl writes, “In the days before TV, radio, and newspapers, the broadsides helped both to mould and reflect public opinion; their authors acted as political commentators, journalists, [etc.].” This collection features songs about myriad topics, including economic changes during the reign of James I and England’s colonies in the New World.