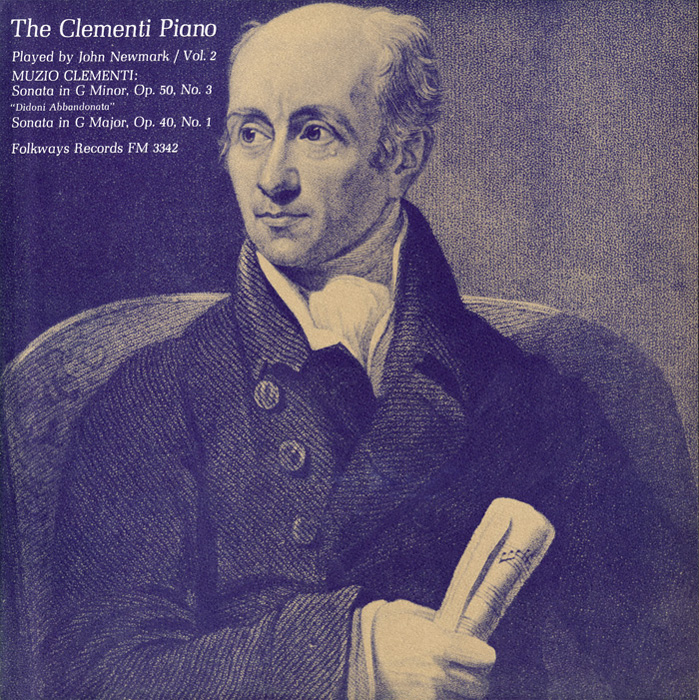 View Cart Custom CD $16.98
View Cart Digital Download $8.94
Muzio Clementi was an Italian-born composer, conductor, pianist, and music publisher in the late 18th and early 19th centuries. Although often overlooked in the 21st century, Clementi is considered by some to have been the father of modern piano technique. In the early 19th century, Clementi built pianos that had a six octave keyboard range, eclipsing the five octave range of the fortepiano. Composers such as Ludwig van Beethoven used the expanded range in the writing of their music set to keyboards. In this second volume of music recorded on a Clementi piano, classical pianist John Newmark performs two Clementi sonatas: Sonata in G Minor, op. 50, no. 3 and Sonata in G Major, op. 40, no. 1. The liner notes contain short biographies of Clementi and John Newark as well as a very brief description and photo of the piano.