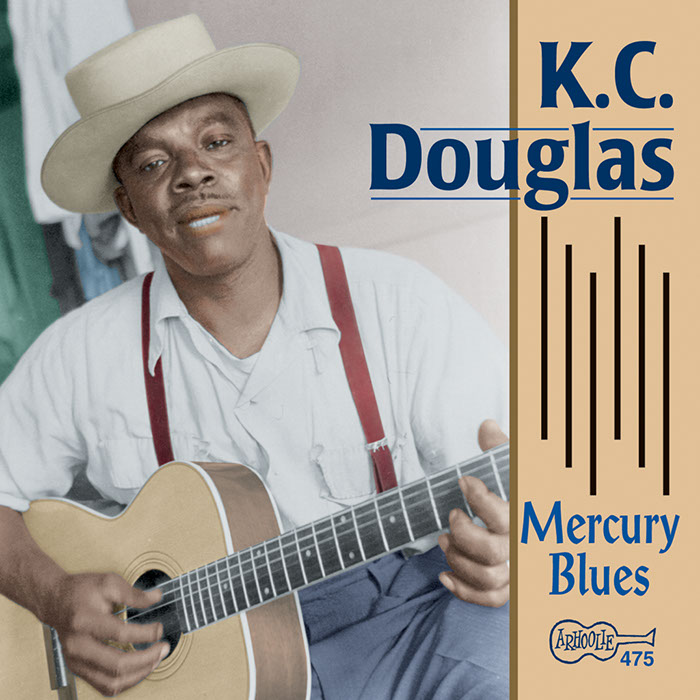 Country bluesman K.C. Douglas (1913–1975) first recorded his best-known song, “Mercury Blues,” in 1948 as “Mercury Boogie.” An homage to the American automobile, the song was recorded by Douglas several times during his life. It opens this collection of music recorded for Arhoolie between 1960 and 1974, which includes 12 tracks that have not previously been released. “Mercury Blues” has subsequently been covered by Steve Miller, David Lindley, and Alan Jackson.