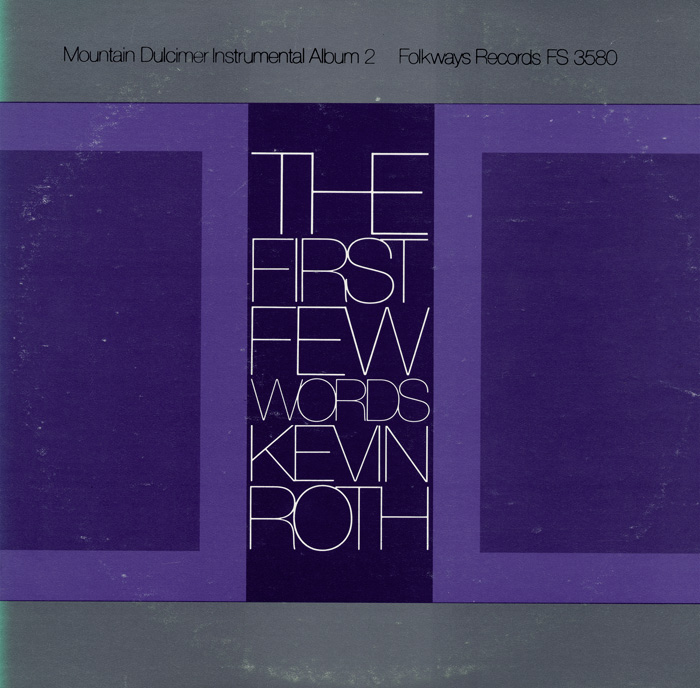 Kevin Roth was discovered by Folkways founder Moses Asch in 1974 and made twelve recordings for Folkways; this was the fifth. A musical prodigy, Roth began playing the dulcimer at age thirteen and quickly developed a unique style blending traditional folk song with jazz and contemporary music. This recording, released in 1978, is a collection of primarily instrumental, traditional folk songs and contemporary original compositions that fully displays Roth’s innovative playing technique on the four-stringed mountain dulcimer. The liner notes were written by Phil Mason, editor of Dulcimer Player News.