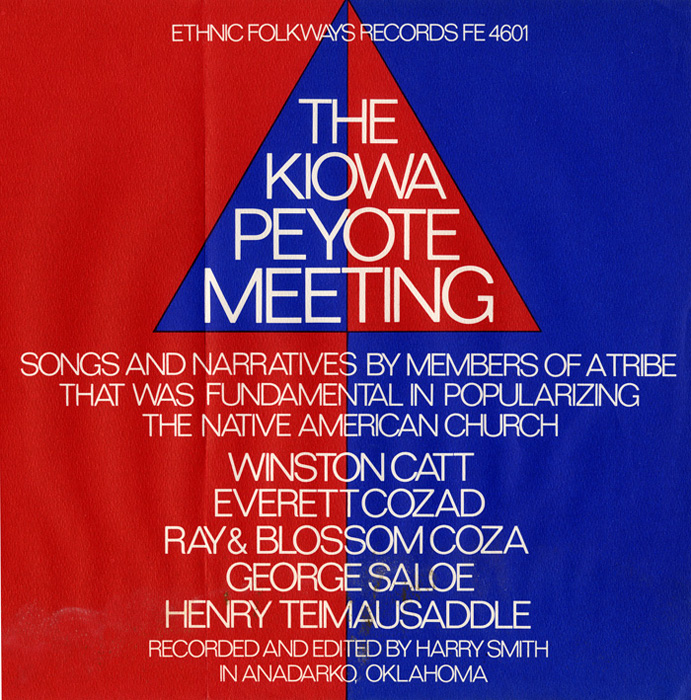 In 1964, Harry Smith (who compiled the Anthology of American Folk Music) was held for a week in the Anadarko, Oklahoma, jail on suspicion of stealing guns, and there he met several Kiowa Indians who introduced him to peyote rituals and songs of the Native American Church. In 1973, Smith returned to Anadarko to record. He decided to set up his equipment in singers’ homes or his hotel room, rather than at an actual ceremony, because the Kiowa often sang the songs in casual settings; he also would be able to record commentary.