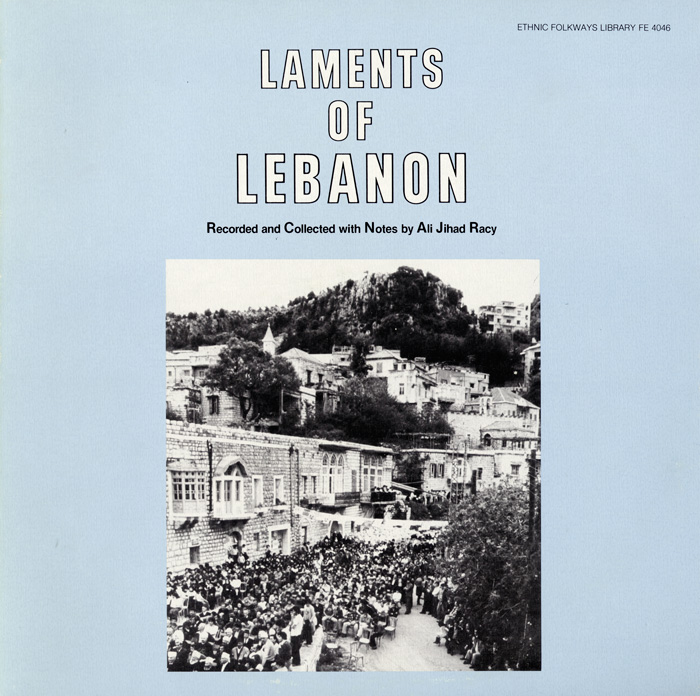 View Cart Custom CD $16.98
View Cart Digital Download $9.99
Funeral music in Lebanon dates from pre-Islamic antiquity and draws from a variety of secular and religious practices of singing and poetry. The performances on this album, recorded between 1965 and 1970, capture the various Lebanese sounds of mourning from across Christian and Druze religious communities. They also demonstrate the different roles played—and techniques enlisted—by men and women at such ceremonies. The recording predominantly features the dirge-like vocal genre known as nabd and concludes with several funeral marches played by brass bands. The liner notes by Professor Ali Jihad Racy contain photographs, transcriptions of melodies and lyrics, and historical background on Lebanese funeral traditions.