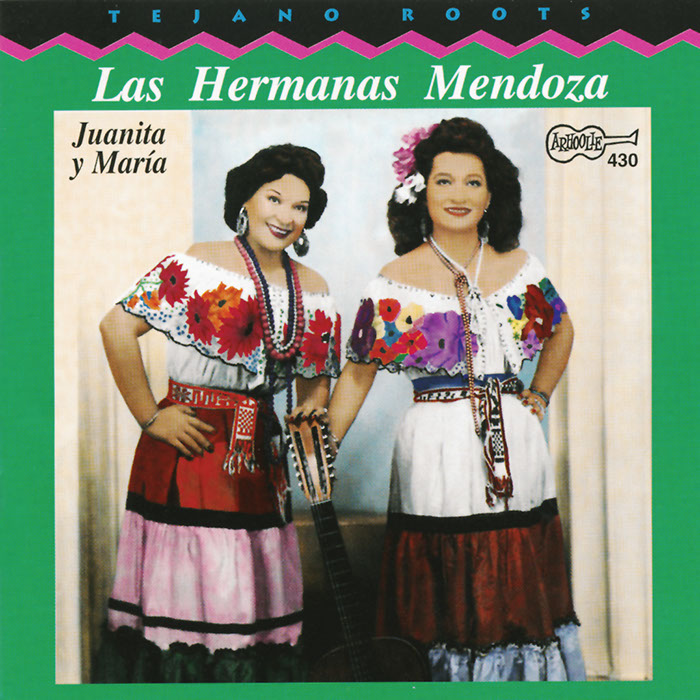 The Tejano dueto of Juanita and Maria Mendoza performed as part of the Mendoza Family Variedad from the 1930s until the early 1950s, primarily in the American Southwest. Often accompanied by sister Lydia on guitar, Juanita and Maria’s soulful singing captured the attention of Mexican-American audiences and created a demand for recordings. This collection of songs was recorded between 1946 and 1952 on the Azteca label. The sisters disbanded their act following the death of their mother in 1952.