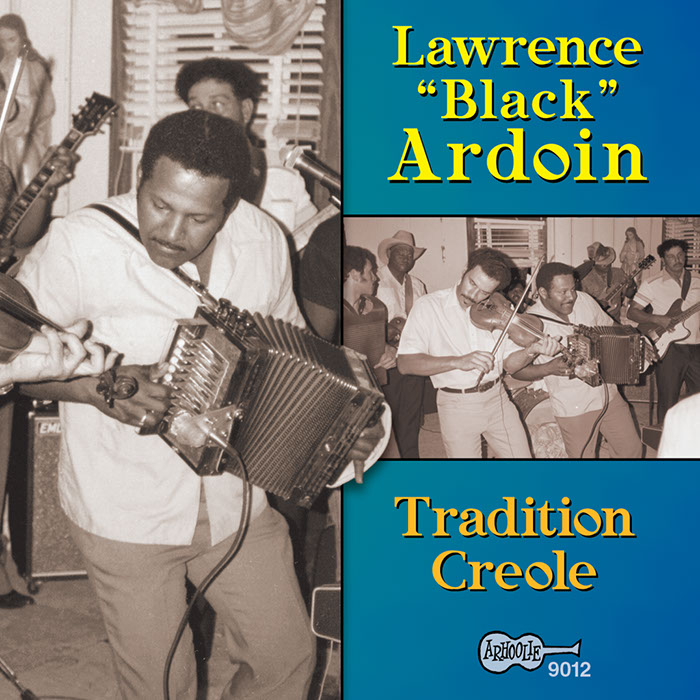 View Cart CD $11.98
View Cart Digital Download $9.99
The son of National Heritage Fellow Alphonse "Bois Sec" Ardoin, Lawrence “Black” Ardoin is a recognized African American Creole musician in his own right. In this recording from 1984, Ardoin on accordion is joined by Edward Poullard on fiddle, Dallas DeVille and Clarence De Lay on guitars, with Joseph Landry on bass, Alfred Pete on rubboard and Donald Ray Caesar on drums. Ardoin’s son Sean on sax sits in on several songs. Lawrence has put his own career on hold to become the manager for his son Chris, a rising star in the nouveau zydeco genre.