Live! At the 1966 Berkeley Blues Festival 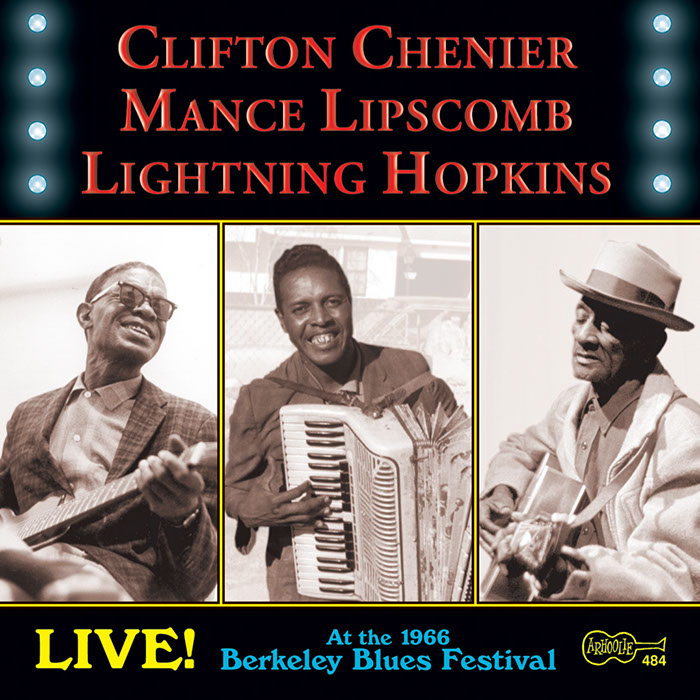 View Cart Digital Download $9.99
In 1966, Arhoolie founder Chris Strachwitz staged the 2nd annual Berkeley Blues Festival. Among the featured acts were bluesmen Lightnin’ Hopkins and Mance Lipscomb, and zydeco musician Clifton Chenier. The performances of the three musicians were broadcast live on a local Berkeley radio station—and did not disappoint listeners. Chenier was making his first appearance before a West Coast audience, and according to a review, he had the crowd of several hundred dancing. The liner notes provide the back story about Strachwitz’s involvement in the creation of the Berkeley Blues Festival and its subsequent evolution into the San Francisco Blues Festival. Notes also include two music reviews about the 1966 blues festival.