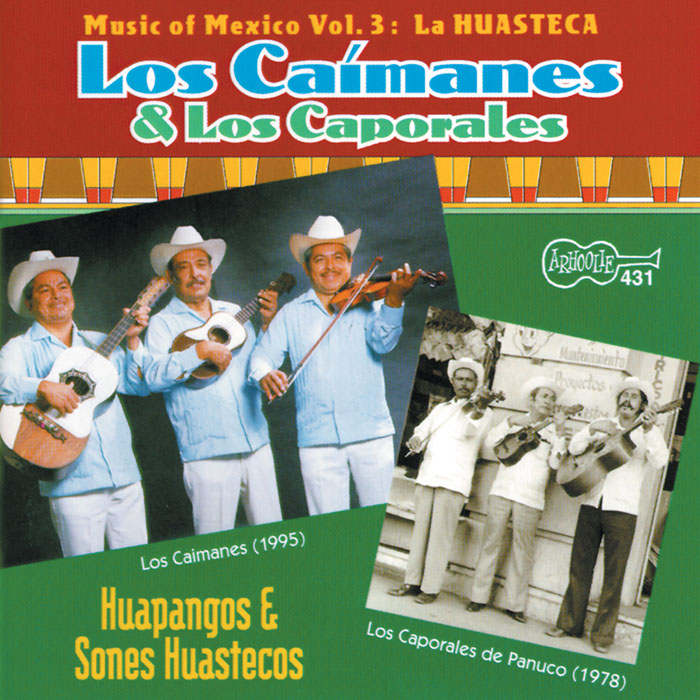 Huapango is a type of Mexican folk dance and music, part of the traditional Mexican musical style son huasteco, which originated in northeastern Mexico. Son huasteco dates from the end of the 19th century and is influenced by Spanish and indigenous cultures. It is usually played by a trio huasteco composed of a guitarra quinta huapanguera (a five-course, eight-string guitar-like instrument) a Jarana huasteca (a string instrument related to the jarana), and a violin. Singers will often use the falsetto register. This collection features two trio huasteco bands; Los Caimanes, recorded in 1995, and Los Caporales de Panuco, recorded in 1978. The liner notes provide additional information about the music and includes the Spanish lyrics with English translations.