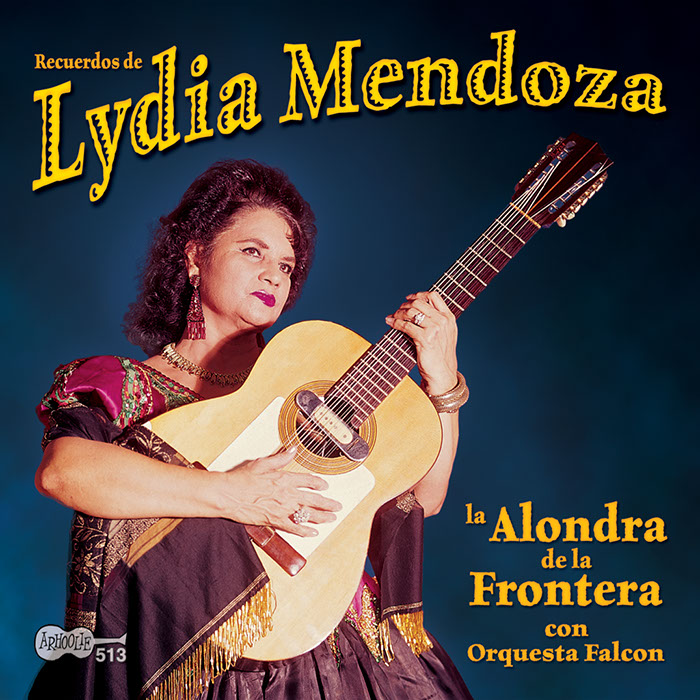 View Cart Digital Download $9.99
View Cart CD $14.98
Lydia Mendoza (1916–2007) was the first female star of Tejano music. Dubbed “La Alondra de la Frontera” (the meadowlark of the border), she made her first solo recording in 1934. In the early 1950s and again in the 1960s and ʼ70s, Mendoza recorded a number of albums for Discos Falcón in McAllen, Texas. Discos Falcón was subsequently acquired by Arhoolie Records. This recording features her in several different musical settings with the Orquesta Falcon. In 1982, Mendoza was recognized as a National Heritage Fellow by the National Endowment for the Arts for her contributions to Tejano music.