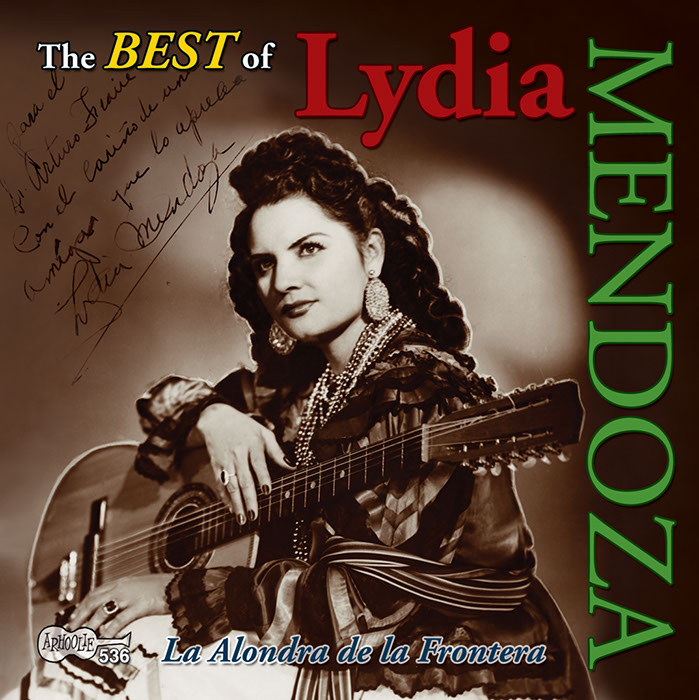 View Cart Digital Download $9.99
Lydia Mendoza (1916–2007) received many honorifics during her music career: The Queen of Tejano, La Alondra de la Frontera (The Meadowlark of the Border), and La Cancionera de los Pobres (The Songstress of the Poor). Her recording career spanned over 50 years, with her first hit song “Mal Hombre” (Cold-Hearted Man) recorded in 1934. She was equally popular on both sides of the US-Mexico border and often commanded thousands of dollars for a single concert performance. This collection features music from her long career and includes songs with her family, duets with her sister Maria, performances with conjuntos, and two live performances.