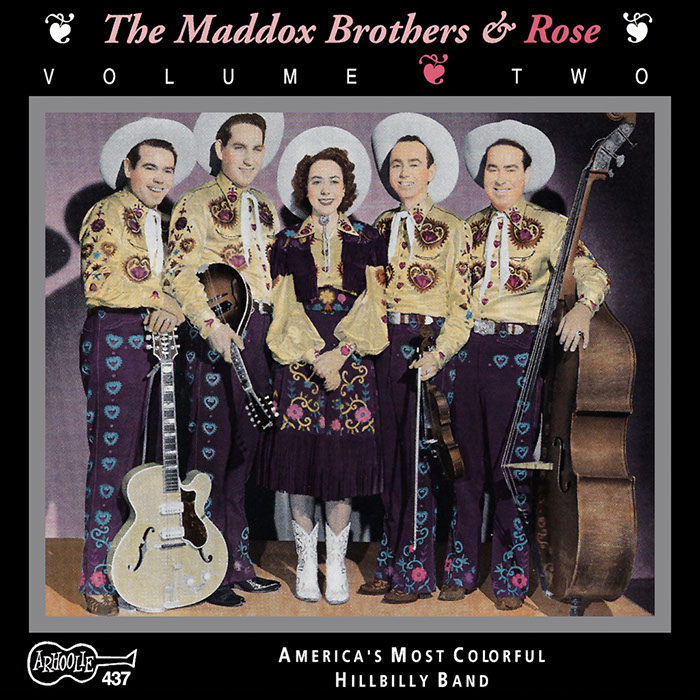 Fusing a combination of country, Western, boogie-woogie, swing, and honky-tonk, the Maddox brothers with sister Rose created a musical style they called hillbilly music. The original band was formed in the late 1930s but was disbanded during World War II when several of the brothers were drafted for military service. Re-formed after the end of the war, the band returned to stage concerts, radio shows, and recording. This second volume of their music is taken from recordings made between 1947 and 1951 and showcases their highly energetic and entertaining performances.