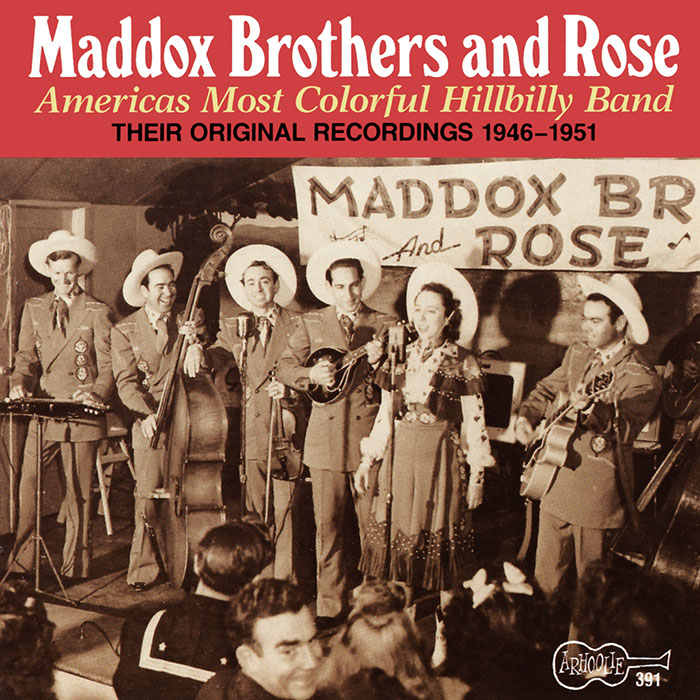 View Cart Digital Download $9.99
CD (Out of Stock)
They called themselves “America’s Most Colorful Hillbilly Band” and performed from the mid-1930s until the mid-1950s. Fronted by singing sister Rose, the Maddox brothers—Fred, Cal, Cliff, and Don (brother Henry replaced Cliff, who died in 1949)—played and sang a range of music that included country, Western, boogie-woogie, and honky-tonk; they lumped the styles together into the catchall category of hillbilly music. This compilation is selected from recordings made between 1946 and 1951 and includes Woody Guthrie’s “Philadelphia Lawyer” and their theme song, “I Want to Live and Love.”