Winter is the best time to find a singer in the Mongolian countryside, so long as you can deal with the cold at fifty degrees below zero. In winter the herder singers come back to the local towns, and then they don’t move around much. In the winter of 2013, we—the driver Munkhbaayar, my friend and colleague Alimaa, who is a linguist, and myself—drove through Khövsgöl, a northern province of Mongolia so different from the endless steppe of the eastern and central regions. The roads climb up mountains between rocks and bare, leafless trees; they traverse streams merging into wide rivers, all encased in ice. On dark nights it can be especially tricky to distinguish snow on frozen water from snow on solid ground. After a day driving through Bulgan province and eastwards into Khövsgöl province, we arrived at the edge of Mörön, the provincial center of Khövsgöl, and found a hostel with enough hot water to wash.

The following morning, we managed to contact a singer, R. Lkhamjav, a state-honored artist who, unlike other herder singers, had been working at the theater in Mörön and living in town for more than thirty years. We met her at an old elementary school next to the provincial theater for an interview. “I am sixty-six years old . . . and ethnically Khotgoid.” “Khotgoid?” I asked. I have met a number of Khalkh singers on the road but never a non-Khalkh singer, so I was full of curiosity. Lkhamjav seemed tired, perhaps because of her age, but once she started singing, I looked at her with surprise. Her voice was distinctive and powerful in a way that I had never before experienced, either in Ulaanbaatar or in the central and eastern regions. The melodies had an abrupt, galloping contour, and the sound seemed much brighter than the more sustained and elongated one I had heard in those central and eastern regions.

Urtyn duu [alt. urtiin duu], known as long song, is considered by Mongolians to be rooted in their nomadic life before the socialist revolution of 1921 and the arrival of Soviet influence. It had originally been practiced among herders, who developed their techniques through listening to and imitating the sounds of their livestock, singing melodies that unfolded like the surrounding landscape, finding the resonance in the open, expansive steppe. Furthermore, the lyrics of the songs are based on regional legends and often refer directly to the names of mountains, plants, and legendary figures in the area, which most local people would know innately. It was thus through these songs that Mongolians transmitted local and ethnic cultural knowledge.

The song performed by R. Lkhamjav in the first video here, titled “Deltei Tsenkher” (The Blue Dun), is found only in Khövsgöl province, especially near the Tes river. In the lyrics, delger mörön, which means “a broad river,” is also the name of the river that skirts the town of Mörön. “Tes” refers to another river on the edge of Khövsgöl province. These geographically specific references indicate that this song originated from this region.

After I returned from Khövsgöl, I found a twenty-year-old recording of R. Lkhamjav among the songs included in the Mongolian Academy of Science’s oral tradition collection, compiled during the Soviet era, mainly between the 1940s and ’80s. Prior to the Khövsgöl trip, when I had travelled to the central and eastern parts of Mongolia, I had been under the impression that none of the singers in the academy’s collection was still alive. This was the first time I had met one of them. And in 2013, R. Lkhamjav’s singing, one of the diverse styles represented in the aged collection, seems to have kept alive urtyn duu’s stylistic richness that is now often forgotten.

While Mongolia was under Soviet influence between the 1920s and ’90s, urtyn duu continued to transform along several trajectories. While the nation was adhering to the homogenization and centralization policies regarding Mongolian traditions and, at the same time, welcoming Western staged musical culture, the urtyn duu genre became considerably restricted and simplified. It began to be performed mainly in a concert setting, which cultivated an urban circle of professional singers. On the other hand, in this process, diverse and marginalized urtyn duu styles, representing various regional and ethnic nuances, became unwelcomed and forgotten. It was mainly the songs and singers exhibiting the more virtuosic Khalkh style, from the central and eastern areas of Mongolia, that were selected, widely performed, and publicized by radio stations and concert promoters throughout the nation. Meanwhile, a wide range of Mongolian oral traditions, including folk songs found in many different rural areas, had attracted attention outside Mongolia and were recorded by foreign researchers, such as folklorists from the Soviet bloc, and by Japanese record companies and UNESCO.1

One of the early Mongolian recordings was made by Hungarian folklorist Lajos Vargyas and released in 1967 by the Hungarian state label Hungaroton in collaboration with UNESCO. This collection included well-known Khalkh pieces and performances by professional musicians. Another collection was compiled around 1990 by Alain Desjacques and released as part of the UNESCO Collection of Traditional Music: the long songs included on this recording were exclusively from the Torgut people. Nonetheless, both scholars noted the existence of diverse styles of urtyn duu. Vargyas writes in his liner notes, “We do not wish to create the impression however, that Mongolian folk music is being perpetuated only by these exceptional singers and instrumentalists. . . . We also wished to illustrate tribal differences and musical dialects.” When I asked Alain Desjacques whether there was any specific reason why he had exclusively chosen long songs of ethnic Torgut, he answered, “It was very important for me not to [limit] the tradition of Mongolian long song to [that of] central and eastern Mongolia, [where it is] so brilliant, virtuosic, and already well known abroad. . . . I had this idea of saving the Torgut tradition when I chose to include them on the CD. For Torgut and other western ethnic groups, this type of long song [contributes to] their cultural identity.”

In 2005 UNESCO proclaimed the long song genre as a UNESCO Masterpiece,2 and later, in 2008, it was listed as an Intangible Cultural Heritage of Humanity.3 Now, as a result, more Mongolians are taking pride in this tradition and recognizing urtyn duu as a representative aspect of their national culture. In a previous article in this magazine’s From the Field series, Barley Norton illustrates a similar phenomenon in Vietnam, pointing out the increased interest in the ca trù tradition following UNESCO’s designation and the appearance of new forms of that folk tradition. Likewise, urtyn duu is increasingly highlighted in Mongolian media, and some of the younger folk-pop musicians incorporate and re-create urtyn duu tunes in their music, bringing a new style closer to the audience.

In spite of the international recognition and media attention urtyn duu has received in recent years, however, the styles presented favor urbanized Khalkh styles—the virtuosic varieties developed by professional performers during the Soviet period—and still lack the diversity that urtyn duu truly has. Audiences, and sometimes performers themselves, have forgotten the rich stories carried within urtyn duu tunes and the varying settings in which they were performed—the very qualities that Vargyas and Desjacques sought to preserve in compiling their UNESCO recordings. Such qualities seem also to have been forgotten in UNESCO’s process of designation and by contemporary Mongolians and foreigners following the designation.

In my conversation with Alain Desjacques, I found we had both spent endless time looking for singers in the countryside, hunting down one rare song, thinking that if we found one song, we would have captured a precious part of the tradition, and that would make up for the hours and hours of driving. But one day, once it has died with its last singer, that one song will no longer be found at all, not even after months of searching the endless steppe, and people will then remember only the version captured in our recordings, believing that to be the only tradition that has survived in our lifetime.

Sunmin Yoon is on the faculty at Kent State University in Ohio. Her research and teaching concentrate on general world music surveys and music of Asia.

3 Urtiin Duu, or traditional folk long song, was inscribed on the Representative List of the Intangible Cultural Heritage of Humanity in 2008. 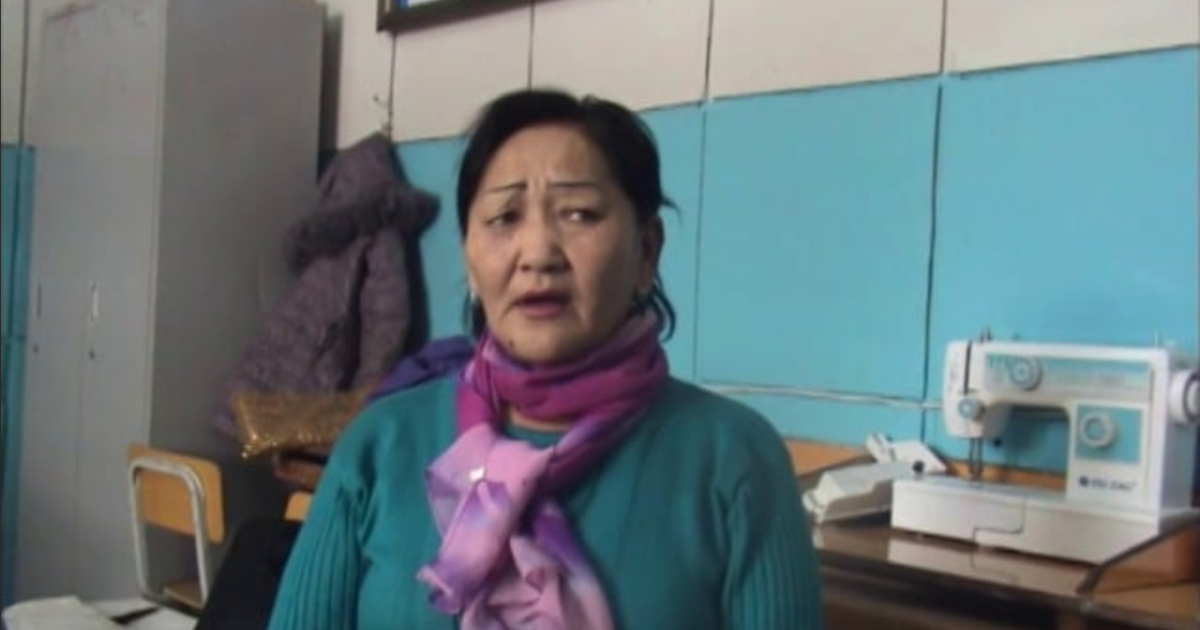 Sung by L. Ragchaa in the city of Darkhan in December 2009. She was seventy years old at the time. A tailor who is ethnically Khalkh, L. Ragchaa learned this urtyn duu (long song) from her father in her hometown in Khovd province in western Mongolia, an ethnically diverse area. Recorded by Sunmin Yoon.

Sung with improvised lyrics to an Üzemchin melody by S. Hishgee in Erdenetsagaan (a town in Sukhbaatar province in eastern Mongolia) in July 2007. Ethnically Üzemchin, the singer was seventy-four years old at the time. She moved from Inner Mongolia in China when she was twenty-five and lived as a herder. Recorded by Sunmin Yoon. 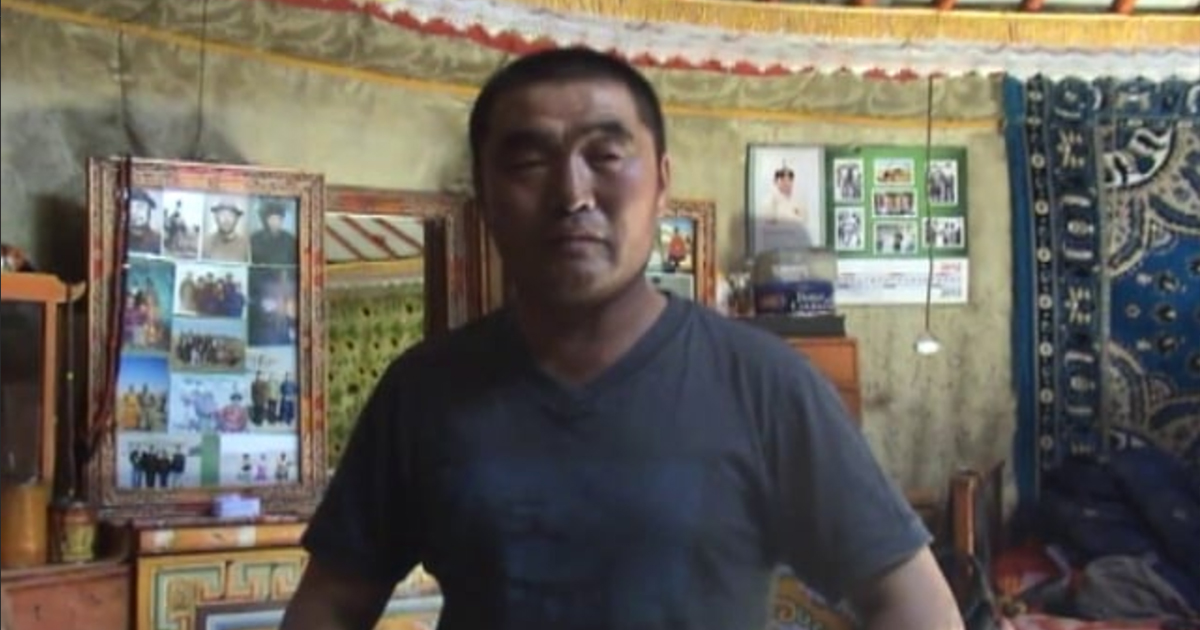 Video: D. Byambaa, a locally trained singer and herder from the Bayankhongor province of Mongolia, sings a long song called “Khargai Dün” in the Khalkh style in summer 2012. Recorded by Sunmin Yoon.