On a Sunday afternoon in December 2014, I made my way down a narrow alleyway in central Hanoi to visit the home of a family of ca trù musicians. As I approached the gate of the courtyard, I heard the sound of ca trù emanating from a practice session already in full swing. The intense female vocals and the somber tones of the three-stringed đàn đáy lute, punctuated by the strident percussion of the trống chầu praise drum and phách struck idiophone, intermingled with the cacophonous soundscape of the densely populated urban environment. Nguyễn Văn Mùi, the head of the Ca Trù Thái Hà Ensemble, greeted me at the gate. Inside the house, members of Mùi’s extended family, along with their friends and students, were crammed into the front room, busy practicing ca trù—a complex form of sung poetry from northern Vietnam.

Now in his eighties, Mùi learned ca trù from his family as a young boy. At that time Vietnam was still under French colonial rule, and ca trù was a popular form of entertainment. Numerous “singing bars” dedicated to ca trù performance—by professional female singers accompanied by two instrumentalists—were scattered across Hanoi, and Mùi’s paternal grandfather ran one of them. But after the Franco-Vietnamese war ended in 1954, the new communist government led by President Hồ Chí Minh closed all the bars, and ca trù fell into dramatic decline. According to this new government, the singing bars had become thriving places for prostitution, gambling, and opium smoking during the French colonial period, so they needed to be shut down.

During the Vietnam War in the 1960s and early 1970s, communist cultural cadres in North Vietnam saw music as an ideological weapon to strengthen people’s commitment to the war effort and their love for the nation and the party. In the context of communist revolution and war, there was no place for a genre like ca trù, which historically had been patronized by the scholarly elite and had become tainted by associations with illicit sex and drugs. The ca trù tradition was largely silenced following this shift in ideology.

In 1995, when I first visited Mùi’s home to conduct fieldwork for my master’s degree dissertation, the Ca Trù Thái Hà Ensemble was still in the process of being established by Mùi, his daughter Thúy Hòa, and two of his sons, Tiến and Khuê. At that time ca trù was only just beginning to reappear and public performances were still very rare. Over the past two decades, however, the Ca Trù Thái Hà Ensemble has blossomed into the foremost ca trù group. The ensemble has completed several tours in Europe and Asia, released recordings on domestic and international labels, and been instrumental in keeping the tradition alive.

In recent years the ensemble has expanded to include the next generation: some of Mùi’s grandchildren, including the singer Kiều Anh and the lutenist Khánh, show great promise. Kiều Anh is a rising star and has helped popularize ca trù for the younger generation through performances on national television, such as her appearance as a finalist in the 2013 season of Vietnam’s Got Talent.

Before my first trips to Hanoi in the mid-1990s, I listened to the inspiring voice of ca trù master Quách Thị Hồ (1913–2001) and the recordings of hảt ả đào (an alternative name for ca trù) on Music from North and South Vietnam, released by Folkways Records in 1971. In the liner notes of this album, Stephen Addiss writes that “hat a dao is a dying art,” and twenty years later I found the tradition in a similarly critical state. Despite several revival initiatives since the turn of the millennium, ca trù is still considered endangered. In 2009 “Ca trù singing” was inscribed on UNESCO’s Intangible Cultural Heritage “Urgent Safeguarding List.”

UNESCO’s recognition has had a significant impact on the status and practice of ca trù. After decades of maligning and neglecting the tradition, the Vietnamese state now proudly celebrates ca trù as national heritage and a symbol of cultural identity. Revival initiatives supported by state-run organizations (like the Vietnam Musicology Institute) and international agencies (like UNESCO and the Ford Foundation) have increased prestige and participation. The Vietnamese state has established a network of ca trù clubs across the country and organized large national festivals. In addition to musical performances, ca trù festivals have showcased newly reconstructed dances, such as the “lantern dance” (múa đèn), which experts believe was performed at royal events and village festivals in the pre-colonial era. Since the UNESCO inscription, some Hanoi-based clubs have also shown entrepreneurial flair by performing for tourists in the city’s historic quarter.

Despite the benefits of ca trù’s modest revival, some musicians and aficionados are wary of the sudden increase in attention stimulated by the UNESCO inscription and are critical of the progress that has been made to ensure the art form’s sustainable future. An often-voiced concern is the lack of a long-term education strategy to nurture musicians’ skills and develop appreciative audiences who are knowledgeable about the complex sung poetry and musical aesthetics. For contemporary audiences, classic ca trù poems dating from the eighteenth and nineteenth centuries are difficult to understand due to the use of old Sino-Vietnamese terms and archaic literary allusions (see lyrics for the first two audio selections, “Bắc Phản” and “Mưỡu / Hát Nói”).

Efforts to safeguard endangered music traditions typically emphasize the preservation of the “authentic,” and this can lead to overlooking and even discouraging innovation and change. In the case of the ca trù revival, there has been an emphasis on promoting nationalist sentiment and representing the past, rather than encouraging innovation. Yet some musicians have shown an interest in pursuing new musical directions alongside preserving tradition. In 2009, the Ca Trù Thái Hà Ensemble collaborated with an experimental music group called Đại Lâm Linh, led by male pianist and songwriter Đại and two female singers, Lâm and Linh. Đại Lâm Linh have courted controversy due to their unorthodox musical style and the daring content of their lyrics, which include risqué sexual references and oblique commentary on pressing social problems. On Đại Lâm Linh’s debut album, the Ca Trù Thái Hà Ensemble broke from tradition by reworking some traditional pieces and integrating them into the context of Đại’s new songs (see the second video). In my documentary about Đại Lâm Linh’s musical journey, Hanoi Eclipse: The Music of Đại Lâm Linh,1 singer Thúy Hòa reflects on her experience of performing in this new musical context. “When I sing traditional ca trù, I imagine that I’m from a past generation,” she remarks in the film. “I perform exactly what I have been taught according to the ca trù tradition. When I sing Đại’s songs I am freer. I can express myself, my individuality.”

Post-revival projects like the collaboration between the Ca Trù Thái Hà Ensemble and Đại Lâm Linh demonstrate the willingness of some musicians to move beyond a fixed idea of tradition and engage with new forms of expression. Although the issue of change is largely absent from debate about the preservation of ca trù, some musicians argue that innovation is needed to sustain the genre as a vital living tradition. Developing a sustainable, diverse, and dynamic ca trù music culture in contemporary Vietnamese society is a process that is only just beginning, and it is not going to be an easy task. The challenge for the international and national agencies that have shaped the revival process is to find imaginative ways of facilitating the stewardship of ca trù traditions without stifling innovation and change.

Barley Norton is a senior lecturer in ethnomusicology at Goldsmiths, University of London.

1 More on the documentary Hanoi Eclipse: The Music of Đại Lâm Linh. 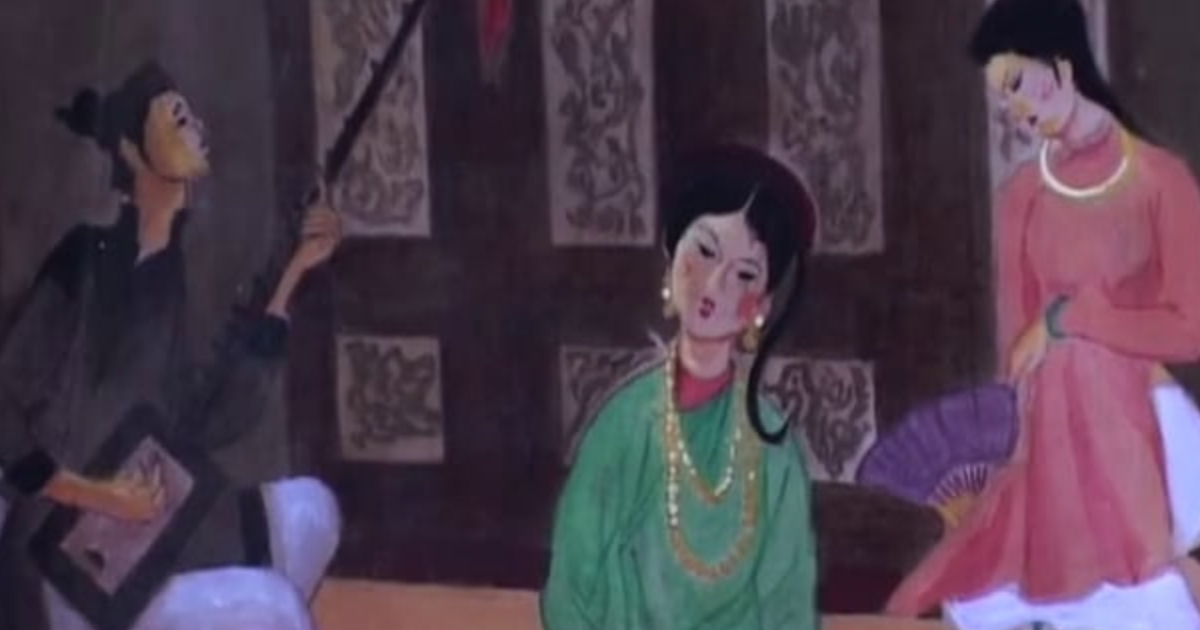 Video: The Ca Trù Thái Hà Ensemble performs an excerpt from the traditional piece “G?i Thu” (Sending a Letter) at the Zen Spa in Hanoi in July 2009. Recorded by Barley Norton.

Performed by the Ca Trù Thái Hà Ensemble in Hanoi in December 2014. Recorded by Barley Norton.

Performed by the Ca Trù Thái Hà Ensemble in Hanoi in December 2014. Recorded by Barley Norton. 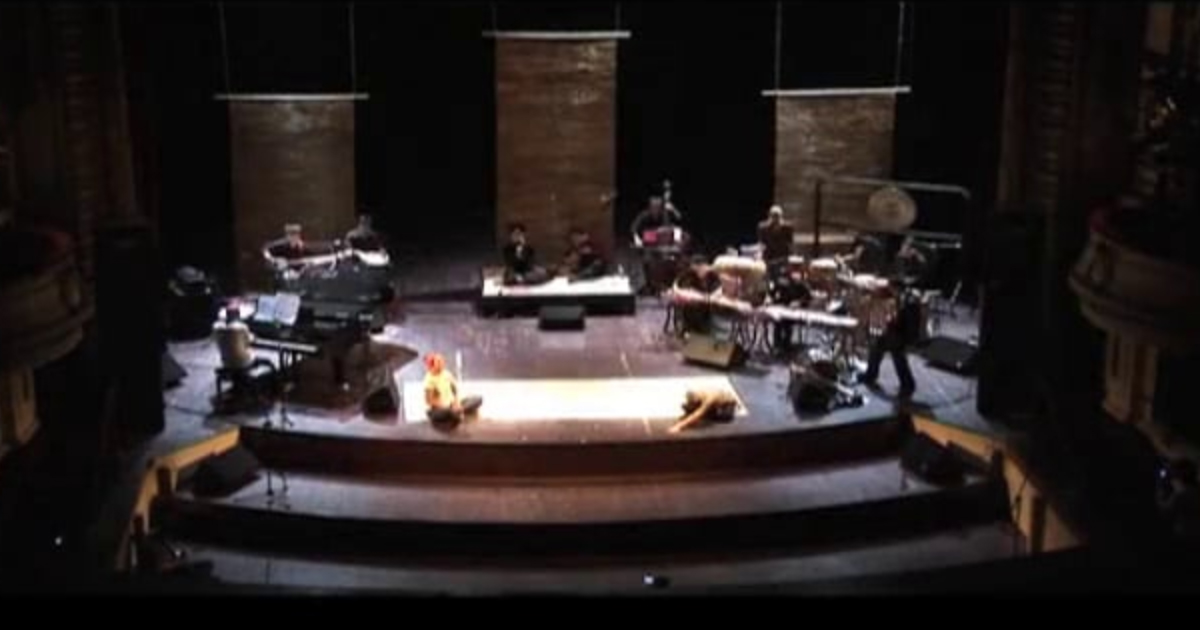